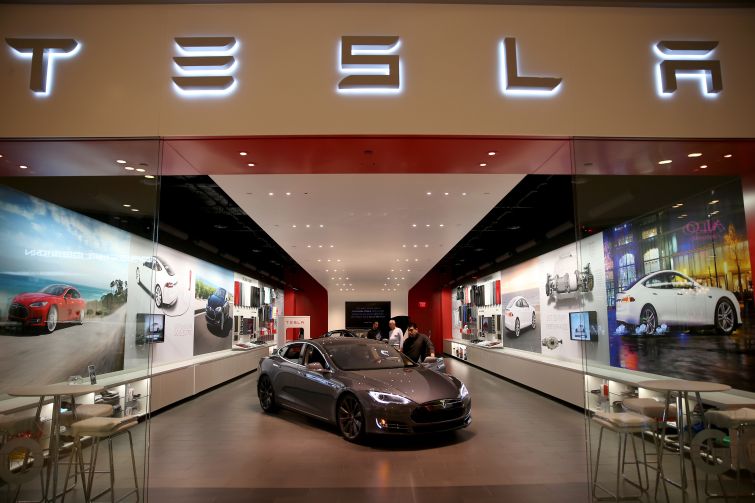 With e-commerce dominant, even one of the sexiest retail proprietors around is having trouble making the business model work.

Tesla chief executive officer Elon Musk announced in a call with reporters yesterday that the company would close stores and move all car sales online in an effort to cut costs, the Los Angeles Times reported. The comments came alongside an announcement that Tesla would begin selling a new version of its Model 3 sedan for $35,000, a long-promised price-point that Tesla-watchers see as a measure of the company’s ability to sell to the mass market.

Some Tesla stores will be kept on as display showrooms, Musk said, without specifying how many stores would be permanently shuttered. Tesla’s website lists 130 current retail locations, with the greatest numbers in California, Florida, Texas, Illinois and New York.

Founded in 2003, the company, which makes sporty electric cars and SUVs, broke the mold of automakers from the start by selling vehicles only direct to consumers. All other new-car sellers in the U.S. rely on independent dealerships to reach customers. Thanks in part to vociferous lobbying by dealers’ associations, most states ban or severely restrict manufacturers’ selling cars directly.

As a result, Tesla’s approach has led to hotly contested legal battles in many of the states where it runs or has tried to open sales galleries. In some states where Tesla has showrooms, such as Texas, final sales contracts are executed online as out-of-state transactions to skirt prohibitions.

Nor are Musk’s legal worries confined to dealership laws. This week, the Securities and Exchange Commission petitioned a judge to hold Musk, who also founded SpaceX and co-founded PayPal, in contempt for posting misleading production statistics on Twitter last month, as per the Wall Street Journal.

Musk initially wrote that Tesla would produce 500,000 vehicles in 2019, a bold prediction given that the company only made 350,000 last year. Four hours later he retracted that statement, saying he meant the company would be producing cars at a 500,000-per-year rate by the end of 2019. Musk has until the middle of March to explain himself to the court.

Musk also ran afoul of the SEC last autumn after he declared on Twitter he was close to taking Tesla private, which wasn’t true.

On the press call yesterday, Musk admitted that Tesla would not yet be profitable in the first quarter of 2019—a reversal from the rosy prediction he’d shared as recently as Jan. 30, when he said the company would record profits in every quarter going forward. He said yesterday he still thinks the company will earn money starting in the second quarter.