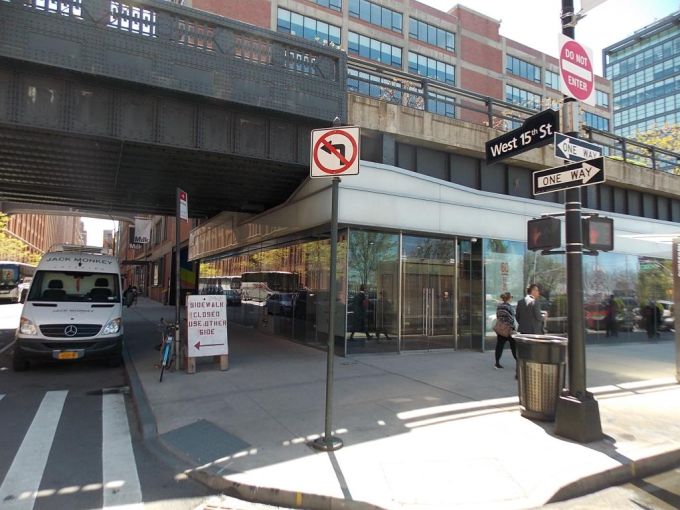 LoanCore Capital has provided Savanna with $51.3 million to refinance a retail property located underneath The High Line in Chelsea, according to city records filed today.

The loan package included a $46 million senior mortgage and a $5.3 million building loan, records show. The proceeds took out previous acquisition and construction financing from Natixis.

Records show a purchase price of $48 million, minus leases and rents, with $70 million in financing from Natixis that included a $59.6 million gap mortgage, although a report from CO at the time of the sale indicates that Savanna paid roughly $85 million for it. A representative for Savanna did not immediately respond to a request for comment.

Real Estate Equities and Alfieri had previously formed an LLC to develop the property, taking out a ground lease in 2012, which ran until 2059, but that ground lease “collapsed at closing,” a source with knowledge of the deal told CO in 2015.

The one-story, corner retail property was built in 2015 and spans almost 25,000 square feet, according to Savanna’s website, at the corner of 14th Street and Tenth Avenue—it has alternate addresses of 70 Tenth Avenue and 461 West 14th Street.

“[The location at] 461 West 14th Street offers unparalleled corner visibility and access along the thriving 14th Street retail corridor,” Justin Oates, who was a senior associate at Savanna in 2015 and is now at Imperial Companies, said in a prepared statement at the time of the sale. “Situated directly north of the High Line entrance on 14th Street and facing Chelsea Market on the 15th Street side, the property is uniquely positioned to benefit from the continued growth of the Meatpacking District.”

The former site of an Exxon-Mobil gas station and carwash is now home to an interactive art gallery called the Disney Mickey Experience, which signed a lease for 16,000 square feet in August last year and opened that November.

Officials at LoanCore did not immediately respond to a request for comment.