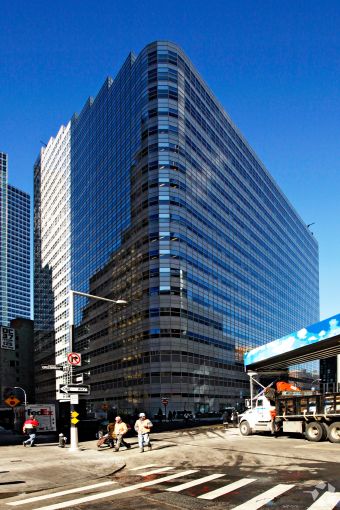 Churches and other religious organizations unloading property accounted for half of all the nonprofit and public sector real estate sales in 2018, according to a new report from Cushman & Wakefield provided exclusively to Commercial Observer.

Out of 160 property trades involving nonprofits, half—or 80 sales—included religious groups as either the seller or the buyer. But in most cases, the religious group was selling. Those numbers are up from 2017, when religious sects only bought or sold 40 properties, or 36.7 percent of deals in the nonprofit sector.

The largest transaction last year involving a religious group was the Jehovah’s Witnesses’ $91 million sale of 30 Front Street in Dumbo, Brooklyn, to Fortis Property Group, which is known as the developer of nearby Long Island College Hospital, according to C&W data. Fortis plans to develop a 26-story residential condominium on the property, a parking lot in the shadow of the Brooklyn Bridge. The next biggest deal was the Sisters of Mercy selling a former home for orphans at 6301 12th Avenue in Dyker Heights, Brooklyn, to Barone Management for $37.5 million. Plans have since been filed to develop a three-story, 123,260-square-foot residential building there.

On the list of the 10 biggest deals involving religious groups last year, Jews for Jesus was the only religious group acquiring property—a pair of townhouse at 45-47 West Eighth Street in Greenwich Village—for $16.1 million.

Overall, the number of investment sales boomed across the nonprofit and public arenas, which includes government, educational and health services organizations. The dollar volume for these types of deals increased 55 percent year-over-year to $2.7 billion in 2018. And the number of transactions rose 45 percent over the same period, to 158 in 2018 from 109 in 2017. The City of New York did the largest public or nonprofit deal of 2018 when it sold the office building at 101 Barclay Street to Bank of New York Mellon for $352 million.

Brooklyn had more nonprofit sales than any other borough last year, accounting for 56 transactions in 2018, compared to a meager 15 sales in 2017, per C&W’S previous data.

Leasing, however, was a different story for colleges, hospitals, nonprofits and city agencies. Although plenty of large nonprofit leases were signed in 2018, the size of the average nonprofit lease slid 27 percent year over year to 34,000 square feet, C&W found. Nonprofit and government agencies leased 4.3 million square feet in 2018, down from an all-time high of 6 million in 2017.

“2017 was definitely the year of the government lease, especially the City of New York,” said Robair Reichenstein, a broker in C&W’s nonprofit group. “In 2018, what really went to the top of the pile was the educational sector. A third of all the activity was in that bucket.” Educational leases accounted for 1.3 million square feet in 2018, while public agencies took up the next largest chunk at just over 1 million square feet of deals.

In keeping with the overall trend, religious organizations didn’t sign any new leases in 2018, according to the brokerage.