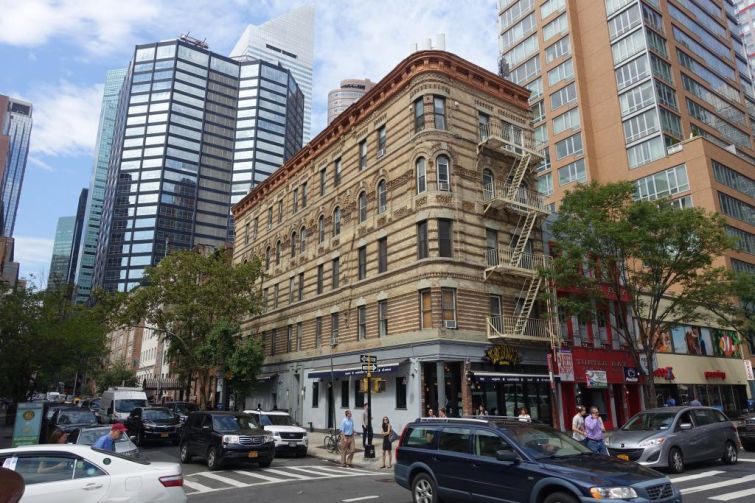 The owner of five Bareburger locations around Manhattan, currently in a bitter dispute with Bareburger over claims the company tanked his business on purpose to take it over, filed for bankruptcy on his fourth location—months after filing for three others, court documents indicate.

Michael Pitsinos—who reportedly dropped $10 million to open the Bareburgers starting in 2011—filed for Chapter 11 on Sunday for his Midtown East Bareburger outpost at 251 East 52nd Street between Second and Third Avenues with nearly $270,000 in debt, according to the filing obtained via Nationwide Research Company.

Pitsinos blames his latest bankruptcy filing on Bareburger’s plans to file a trademark infringement against him to put him “completely out of business” by “cutting off any cash flow to allow [Pitsinos] to pay [his] creditors,” according to the court document.

“The whole trademark thing is kind of ridiculous from our point of view,” Pitsinos’ lawyer, George Sitaras, told Commercial Observer. “It’s kind of a tactic in our view to essentially force us to actually close the restaurants.”

Sitaras called the infringement “ironic” because a judge ruled that a judge previously ruled against Bareburger executives for trademark violation in 2015. Five of Bareburger’s founders created a separate company, Bareburger Group, without telling partner John Stavroulakis or adequately compensating him for his share, The New York Post reported.

“They were selling us something they don’t own,” Sitaras said.

A spokesperson for Bareburger and its lawyer, John Harry Gionis, did not immediately respond to a request for comment.

The bankruptcy at the 251 East 52nd Street location is the latest filing in the acrimonious divorce between Pitsinos and Bareburger that started earlier this year.

Bareburger CEO Euripides Pelekanos contended the business troubles were solely Pitsinos’ fault and the franchises had more than $3 million in debt when Bareburger took them over, Eater New York reported. Pitsinos’ original partners have filed a suit against him over his alleged poor management.

The suit against Pitsinos accuses him of taking a salary for himself and charging expenses instead of paying state and federal taxes while loaning up to $700,000 of the restaurants’ money without permission, according to Eater.

Since the legal battles began, Pitsinos and Bareburger have been working to “de-brand” his five locations, the other at 103 West 14th Street, but Pitsinos claims Bareburger was “nitpicking over the littlest details to make it as difficult as possible,” court documents show. Despite this, Pitsinos said Bareburger felt the process was going “too slow.”

The latest Chapter 11 will kick the process into bankruptcy court and “give us, hopefully, the timeline that we need,” Sitaras said.