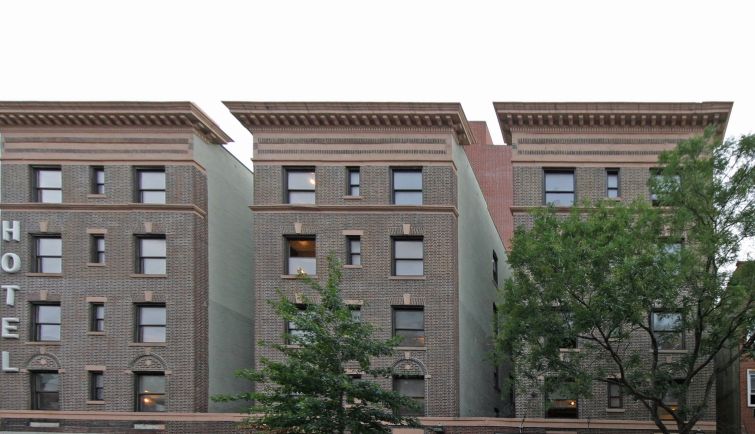 Madison Realty Capital (MRC) has lent $30.5 million to refinance an Icon Realty Management hotel in Chelsea as the owners plan upgrades to the property, Commercial Observer can first report.

The loan refreshes previous debt on the property, the GEM Hotel at 300 West 22nd Street between Eighth and Ninth Avenues, and provides the cash needed to reposition the property with updated rooms and an expanded marketing strategy, according to MRC. The most recent prior financing on the building, a $29.3 million deal, came from Ladder Capital in 2014, and property records show that that mortgage was later distributed to Tuebor Captive Insurance Company and U.S. Bank.

Housed in a five-story building that’s 107 years old, the 31,000-square-foot lodging was a residential asset until 2007, when New York City-based Icon bought building for $16 million and began the process of converting it to a lodging. It also has has 57 feet of retail frontage along Eighth Avenue, currently leased to Foragers, an upscale grocery store.

“The Chelsea submarket is a great market,” Zegen enthused, adding that he used to live nearby the GEM. “They have a great retail concept and it’s a great boutique hotel, proximate to a number of cool things going on in the city.”

He pointed out that the presence of nearby tech tenants, such as Google, is likely to be a consistent demand driver.

Aaron Appel of JLL, who brokered the debt deal, praised MRC’s willingness to get its hands dirty with a project in the middle of a capital project.

“Their ability to assess and underwrite large, complex transactions quickly has brought them significant repeat business, as well as new business from owners and developers,” Appel said in a statement.

Trendy boutiques like the Ace Hotel on Broadway and West 29th Street, and the NoMad, one block south, are already entrenched within walking distance, and hotelier Sam Chang is at work on a 526-room lodging property, the Chelsea Hotel, at 140 West 28th Street.

Representatives from Icon did not immediately respond to inquiries.