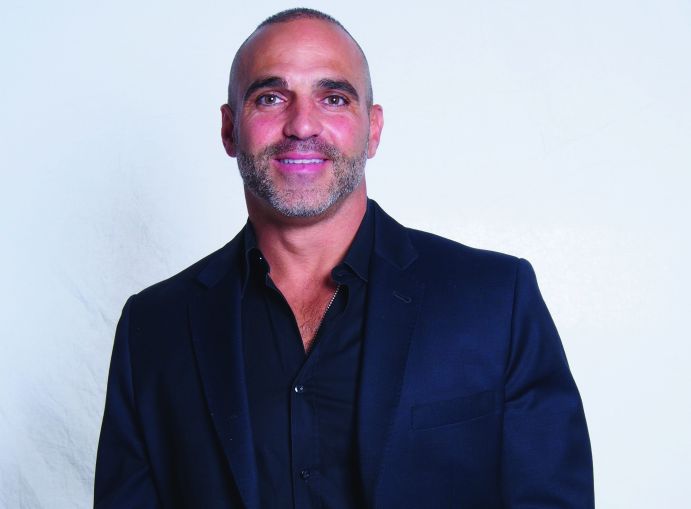 Fans of The Real Housewives of New Jersey know Joe Gorga as the husband and brother, respectively, of that show’s Melissa Gorga and Teresa Giudice. But when not sharing his private life with the world, the 39-year-old is working on houses—buying, renovating, flipping, and repeating the process anew. To share what he’s learned after 25 years in real estate, Gorga is releasing his first book, The Gorga Guide to Success, which he wrote with Kristen McGuiness, through Light Hustle Publishing. In addition, Gorga will be hosting a series of seminars called “Grow with Gorga,” which he’ll bring to the Westin Hotel in Jersey City on March 23. Commercial Observer spoke to Gorga about the real estate side of his life, and lessons he learned from a hardscrabble upbringing.

Commercial Observer: How did your upbringing influence the businessperson you became?

Joe Gorga: I grew up with an immigrant father who was an overachiever. He was hardcore. He was a shoemaker, but he needed extra work, so he had a 1,000-newspaper [delivery] route. At nine years old, he’d wake me at 4:30 in the morning and say, “C’mon.” I had to go help him out. You know, cheap labor. So, at nine years old, I’m on my bike at 4:30 a.m. flipping out newspapers, and had to be at school at 8. I did that for four or five years. At ten, I worked in a restaurant after school till 10 at night. I constantly had jobs. My father made me get tough and not be afraid of work. In the real estate world, there are ups and downs, and you gotta be able to work through all that. In 2008, the real estate market crashed. If I was weak, if I wasn’t strong enough, I would’ve failed. I would’ve just walked away from the 30 properties I had going on, houses ranging from a million dollars to 4 million. I worked it all out with the banks. I didn’t foreclose. I didn’t miss one payment. I did what I had to do. If I was a guy whose father handed him everything, maybe I would have just went bankrupt and walked away.

I was in college at Kean University. I had a full ride to play football, but then I tore my ACL [anterior cruciate ligament], so I [dropped out and] started working for a landscaper. It was the summer. I said, “Wow, this landscaper is making money!”  So, six months later, I took a loan out on my sister’s credit cards—she helped me out. I put $15,000 on three credit cards and bought a landscaping company. In a year or two I made some money, but I said, this is crazy. I’m working a lot, it’s hard to work in the winters, and if it rains, you can’t work. I always thought about buying [real estate] and holding, but I didn’t have enough money to do that, so I got into a flip. I bought a house in Paterson, N.J., which was in a really bad neighborhood. I picked it up for $42,000. That was my first property. This was 24 years ago.

Were you looking at real estate as a possible career?

No. I just had to make money. I figured, let me buy some real estate, because I knew that everybody who bought real estate made money. I gave it a shot, and I was successful at it. I had no idea what I was doing—nothing. I was a kid who grew up in an inner city. I knew only sports. I didn’t know how to paint or spackle. But I went into this house, it was a two-family house, you had these old cement plaster walls, they’re all cracked. I didn’t have money to hire people, so I thought, let me put a coat of spackle on the walls, and I’ll take a popcorn roller and roll it so it looks textured, and that’s what I did for the entire house. It came out beautiful. I [laid down] linoleum tile. I didn’t have to be a tile guy. I refinished the cabinets. I became a contractor, put it that way. I sprayed the siding on the outside, repaired the roof, did the carpentry repairs. I did it all myself. I had no idea what I was doing. I would pick up a book and read, go to the book store and figure out how to do this stuff.

How long did it take you to redo the whole house?

How much did you sell it for?

One hundred thousand. I was in and out in about six months, then I found another deal. I did about two deals a year for about two years, then I started buying in nicer areas, in the suburbs. I was buying stuff for like $600,000 and putting additions on for like $300,000, then turning around and selling them for $1.3 million, $1.5 million, $2 million. Then I did my first apartment building. I bought this old warehouse in Paterson. I got approved for 65 units. Who takes on their first apartment building with 65 units? I do. Now I was hiring sub-contractors and learned as I was going. Even when I was getting big, I had no idea what they were talking about. I made believe I knew what they were talking about.

Give me an example.

When the trim guys came in and said, well, this room is a library, you should put a conference ceiling in—I didn’t know what a conference ceiling was. Here I am, building a multi-million-dollar house at 22 years old, and I had no idea. But I didn’t say, “What is that?” I said, “Alright, give me a detail on it and give me a price. I want you to give me a sketch.” That’s how I learned. I didn’t even know what raised panels were. There’s all different kinds of raised panels. I had no idea. Someone would say, “You need to have raised panels in this townhouse.” I’d say, “Yeah? You think so? Well, show me what you’re thinking. Which kind of raised panel do you want?” I had no idea what I was doing. I learned as I went. The key [theme of] my book is: You gotta have balls in life, and you gotta take risks, because if you don’t take risks you can’t get ahead. I had immigrant parents who were afraid. They came to this country, they worked hard, they bought their first home, and at the time, they could have bought two-family homes for $10,000 that would have created an income. They had the money to do it, but they were afraid, because they were like, we have no family here, what if something happens? How are we going to pay the mortgage? But if my father had bought those homes for $10,000, today they’re worth $600,000 or $700,000. And he would have had 10, 15, 20 of them. But he just didn’t have the balls to do it. That’s what my book’s about.

How many apartment buildings do you own?

Thirteen, all in New Jersey.

Out of all the deals you’ve made, which was your favorite?

All the apartment buildings. Those are the best deals, because I created a monthly income off them, and they’re all worth a lot of money. That’s my passion—create a product that brings you monthly income for life. But if I had to say one deal, it would have been my first apartment building, which I bought in 2007 when the market crashed, and no one was lending money. I had this 65-unit apartment building under contract, and I had to purchase it with hard money. I had to go back to doing what I did when I was flipping the two-families, when I was renovating it myself. I didn’t have money to buy cabinets, so I was driving around one day and saw these cabinets hanging out the top of the dumpster. I pulled over, dove through the entire dumpster, pulled all these cabinets out with countertops, brought them back to my building, sanded them down and installed them in an apartment. So that’s what I started doing—driving around and finding people gutting houses, and pulling out cabinets and old toilets and tubs, and refinishing them to finish my project. It took me two and a half years to finish that project, but I did it. That was my best deal ever, and that’s the message I’m trying to get out there. It’s not easy. I wasn’t born with a silver spoon in my mouth. It takes hard work. That’s what the book’s about. Real estate’s not easy. But if you work hard at it and take big risks, the reward is huge.