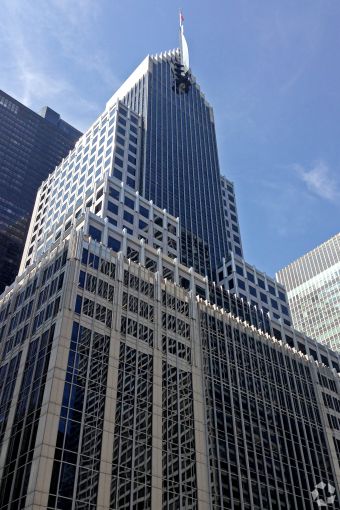 The firm signed a lease to take the entire 15,361-square-foot 29th floor of the 35-story building between East 50th and East 51st Streets, a source with knowledge of the deal said. Asking rents were $95 per square foot, according to the source.

The source could not provide the length of the lease only saying it was a long-term deal.

EXL, which has offices around the country, will move its headquarters from 280 Park Avenue between East 48th and East 49th Streets, the source said.

David Kleiner and Frank Doyle of JLL brokered the deal for Mutual of America, while Savills Studley’s Scott Bogetti, Greg Taubin and Peter Cento handled it for the tenant. A spokeswoman for Savills Studley declined to comment and a spokesman for JLL did not immediately respond to a request for comment.

Mutual of America bought the then empty 750,000-square-foot 320 Park Avenue for $130 million in 1992 and pumped $73 million to strip it down and rebuild it into an energy-efficient tower, The New York Post reported.