Day Two at MIPIM in Tweets 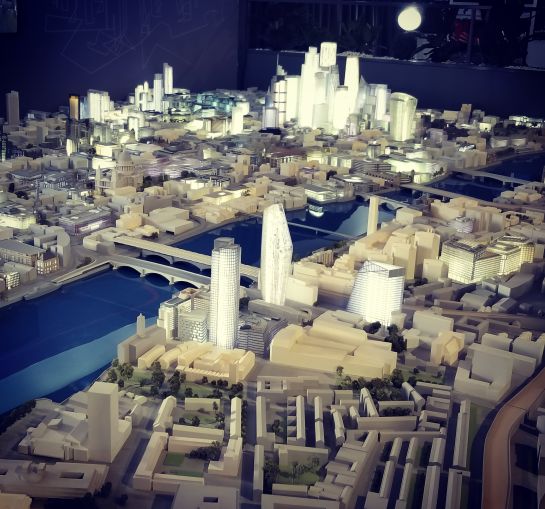 The city of London in miniature at MIPIM. Photo: Lauren Elkies Schram

The sun was bright on day two at MIPIM (Le marché international des professionnels de l’immobilier), the annual international real estate conference held in the south of France, and that meant that brokers headed to the various sponsored yacht parties—as well as exhibition booths, tents, panels and area restaurants—to network and learn about international development.

Here is a snapshot of what went down today at the conference, from Commercial Observer’s Twitter feed:

On #coworking, Fisher Brothers' Ken Fisher says on U.S. Developers' Outlook panel, "coworking is here to stay" and it has changed the way "landlords look at space."
David Steinbach, managing director and CIO at @Hines, says, "we're in the opening act."#MIPIM #MIPIM2019

.@blackstone has not shied away from investing in hospitality. Also it is investing in office and multifamily and its "biggest theme globally," and in the U.S., is logistics. So says Michael Lascher of Blackstone, on "U.S. Lenders' Outlook" panel at #MIPIM. #MIPIM2019

Work transpired in all areas of the Palais des Festivals et des Congrès de Cannes, home to the annual convention, including in a gondola from Dutch Wheels, a Netherlands-based builder of stand-alone giant wheels.

People milled about and held meetings in city- and country-sponsored tents to learn about local development:

Of course there was discourse about cross-border investment:

.@Savills' Emma Steele, an associate of cross border investment, says that she is seeing more interest from Koreans in direct equity deals in the U.S. #MIPIM #MIPIM2019

Conversation and booze flowed freely on the stationary yachts lining the marina behind the convention center:

Lennar the name comes from Leonard Miller + Arnold Rosen, who co-founded @Lennar in 1954 with a $10,000 investment. Today, $LEN is a $20-plus billion home builder. So says, @lichrismarlin, the president of @LennarIntl, at their boat party with @MetaPropNYC at #MIPIM. #MIPIM2019