CIT and Naftali Team Up for $65M Construction Financing in Queens 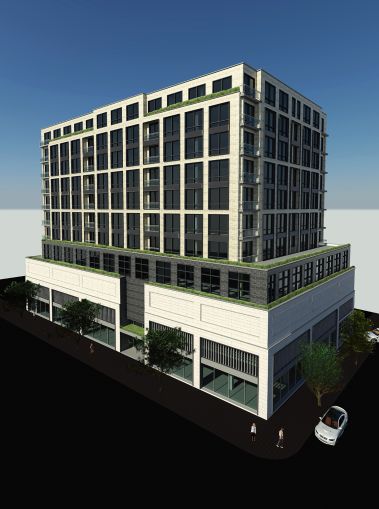 A rendering of the condo project in Forest Hills. Photo: Jarmel Kizel Architecture and Engineering

The pair of developers behind a high-end condominium project in Queens has secured $65 million in debt from CIT Bank and Naftali Credit Partners for the project, Commercial Observer can exclusively report.

Meridian Capital Group arranged the financing, according to a spokesman for the debt advisory company.

The newly financed project will rise on a lot at 107-02 Queens Boulevard in Queens’ Forest Hills section. Construction will start in March, and when finished in 2021, the 10-story building will include 74 condo units. Jarmel Kizel Architecture and Engineering drew up plans for the complex, which will include a parking garage, a gym and a rooftop deck. A portion of the building’s 25,000 square feet of retail space has already been pre-leased, Naftali Group said, although the prospective tenant wasn’t disclosed.

The construction project promises to add apartments in a Queens neighborhood whose landscaped curb strips and brick-paved streets lend the residential enclave a relatively pastoral flavor—at least for an assemblage that’s walking distance from a New York City subway stop. Queens Boulevard, in places 10 or more lanes wide, is a hectic commercial stretch famous for an outsize number of car crashes, but multi-story homes set back from the sidewalk line quiet streets just south of the roadway in Forest Hills, where on-street parking is often allowed by permit only.

Countless residential towers might be spawning around the five boroughs, but Naftali Group’s David Hochfelder said he was confident oversupply hasn’t besmirched the new project’s prospects in Forest Hills.

“There has been minimal recent supply in this growing submarket,” Hochfelder said in an email. “There is a growing demand and limited supply in Forest Hills, and we believe that pricing is poised to appreciate.”

RB Realty’s Matatov came to real estate from the jewelry business, according to a report in The Real Deal. His company is also developing a multifamily project along the same street in Rego Park, at 98-04 Queens Boulevard, that will create 116 new apartments.

RJ Capital declined to comment. RB Realty Capital could not be reached, and representatives from CIT did not immediately respond to inquiries.