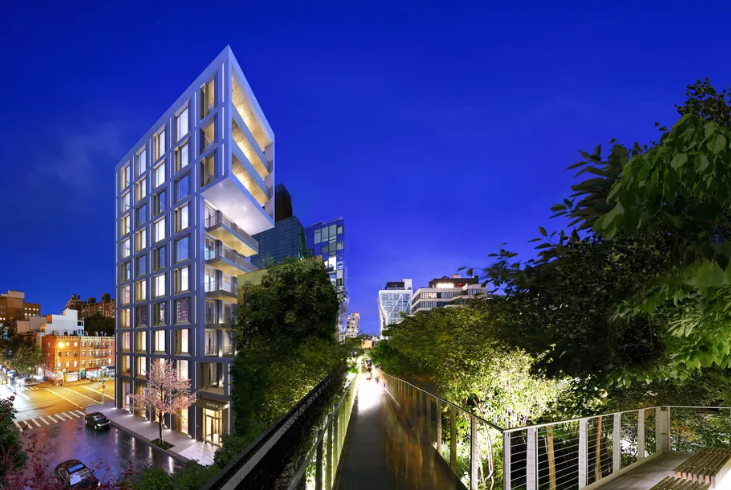 GDS Development has pulled in a $32.9 million financing from Calmwater Capital to refinance a Chelsea condominium building during the sales period as construction nears its end, Commercial Observer can exclusively report.

The debt, a condo inventory loan provided against a 10-story tower at 500 West 25th Street at the corner of 10th Avenue, was negotiated by a Meridian Capital Group team of Adam Hakim, James Murad and Andrew Iadeluca.

GDS kicked off work on the project in 2016, when it paid $16 million to by the site from an entity called Jambar Family., according to property records. At the time, an auto shop and a four-story residential building shared elbow room on the property, but GDS demolished those buildings to clear space for its new project.

“We’re looking to play in the residential side of the market, Giannone explained. “It’s no secret that the condo market has softened…but [500 West 25th Street] is right on the High Line, and it’s directly across the street from arguably the most well-respected private school in New York City,” he added, referring to the K–12 Avenues: The World School  at 259 10th Avenue.

In addition to 2,650 square feet of ground-floor retail space, the building will include nine condo units, one of which is to be a penthouse duplex with a rooftop deck. GDS designed the building in-house: its founder, Michael Kirchmann, is an architect who previously worked at Skidmore, Owings & Merrill.

“The favorable financing provided by Calmwater Capital on this transaction will allow GDSNY to finalize construction of the project and complete the sale of the remaining units,” Hakim said. “Five Hundred West 25th Street will be one of the most well-designed properties in the area when complete, and benefits from great light and air due to its corner location. [It also has] fantastic High Line views, which are visible from every room in the building.”

Despite those advantages, the building will come to market at a significantly trickier moment for condominium sales than when construction began almost three years ago. Manhattan residential sales sputtered to end 2018, with the resale market down 12 percent year over year during the calendar’s final three months, according to research by Corcoran.

Representatives for Calmwater and GDS did not immediately respond to inquiries.