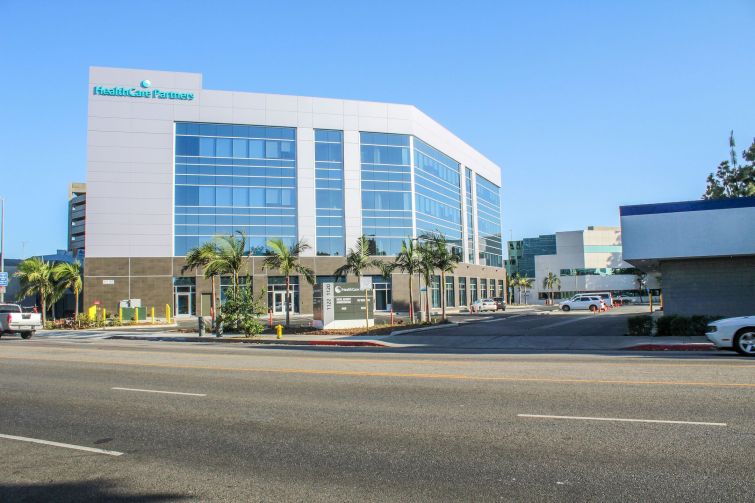 Southern California’s Robhana Group has locked up a $38 million debt package to refinance a group of three commercial buildings it owns in Downtown Los Angeles, Commercial Observer can first report.

Quantum Capital Partners, a real estate advisory company based in Beverly Hills, announced that it arranged the deal on behalf of Robhana but declined to identify the lender

A source with inside knowledge of the deal, however, said that Argentic, a private real estate lender based in New York City, was the originator for the biggest piece of the financing, a $28 million 10-year fixed-rate non-recourse loan destined for a CMBS securitization.

(In the past, the real estate debt firm, which sources capital from funds raised by Elliott Management Corporation, was known as Silverpeak Argentic. But Argentic announced in a press release circulated today that it will now go by only Argentic, to differentiate itself from Silverpeak, a separate real estate lender with which it remains affiliated.)

The remaining $10 million in debt takes the form of a three-year loan, which closed simultaneously, from a lender that Quantum also declined to identify beyond labeling it a money center bank. The short-term debt will trade at a fixed rate of 150 basis points above a benchmark three-year swap rate.

A trio of adjacent buildings at 1120 and 1122 Washington Boulevard, near the intersection of Interstate 10 and Interstate 110, serves as collateral. The newest is Healthcare Partners Los Angeles Medical Center, a recently built 60,000-square-foot medical office and urgent-care center: the $28 million permanent financing serves to knock out construction debt on the building. Securing the short-term part of the debt deal is a recently renovated 50,000-square-foot office building next door, as well as a newly constructed nine-story parking structure that serves both buildings.

The logistics of splitting the lot’s improvements into two separate financings was a “significant undertaking,” Quantum’s Jonathan Hakakha said in a statement.

“While the medical facility is fully leased to a blue chip tenant over a long-term lease, the recently renovated multi-tenant building will need some time to bring expiring rents to market and allow parking revenue to mature.  It didn’t make sense to finance all three properties with one loan,” said Hakakha. “We believe the sponsor can realize the full potential quickly, at which time [Robhana] will be able to maximize proceeds with a new permanent loan.”

Robhana, named for its leaders, Robin Hanasab and Robert Hanasab, focuses on managing properties in California and Nevada, but invests across property types in a portfolio that includes retail centers, office buildings and apartment complexes. Elsewhere in Downtown Los Angeles, it owns the Art Deco-style Oviatt Building, at 617 South Olive Street, and the Pacific Wilshire Plaza office building in Beverly Hills. California strip-mall holdings include Florin Towne Center in Sacramento and Seley Plaza in San Bernardino.

Representatives from Robhana and Argentic did not immediately respond to inquiries.