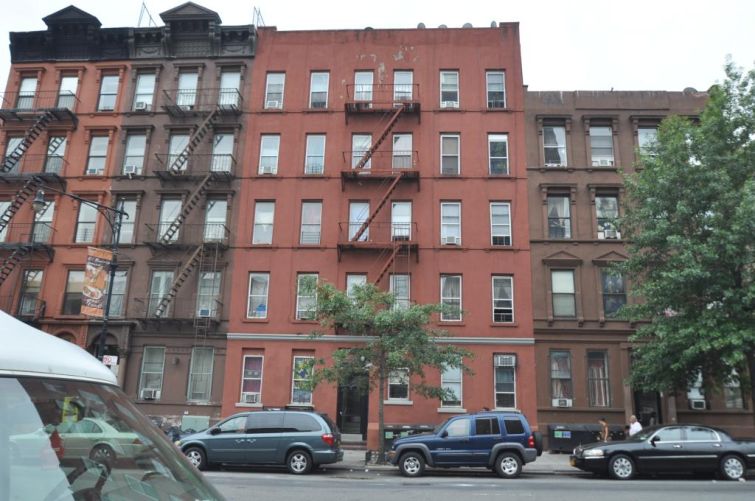 312 East 116th Street, one of the properties co-owned by Amit Doshi and Michael Besen. Photo: PropertyShark

Doshi filed a petition on Monday in New York State Supreme Court asking for a judicial dissolution of Besen & Associates because “there is such severe dissension and irreconcilable distrust” between him and Besen which “makes it impossible for them to jointly own and operate the company,” according to the document.

The pair, which also owns several properties around the city together including 223 West 30th Street and 312 East 116th Street, have been trying to sever ties since mid-2018 when Besen sued Doshi over alleged mismanagement of the company.

“The negotiations between [Doshi] and [Besen] have been fruitless. [Doshi] had no alternative but to file the accompanying petition requesting a judicial dissolution of the company,” Doshi’s lawyer, Mark Walfish, wrote in the filing.

Walfish, a Besen & Associates representative and Besen’s lawyer Michael Regan did not respond to requests for comment. Doshi declined to comment.

A judicial dissolution will put the decision of how to wind down the business in the hands of the court, which could mean properties owned by Besen and Doshi could be put on the auction block, said Terrence Oved, the chairman of the real estate department at law firm Oved & Oved, who’s not involved in the case.

“The court is going to act almost like your mommy,” Oved said. “The court has tremendous discretion.”

The filing also doesn’t necessarily mean Besen & Associates will shutter. The judicial dissolution law would give Besen a chance to buy out Doshi’s 50 percent stake in the company at a value determined by the court, Oved added.

A dissolution process can be a relatively simple and quick affair provided the company previously wrote up a document outlining the rules and provisions, called an operating agreement, said Adam Leitman Bailey of his eponymous law firm. It’s unclear if Besen & Association have done so.

“If they have an operating agreement, it’s going to tell them what to do [in a dissolution] already,” he said. “If they don’t have those documents that’s when it gets to be more interesting and more exciting.”

Besen started the brokerage in 1988 and brought on Doshi about a year later, court documents indicate In the 1990s, Doshi became a partner in the firm. It eventually grew to become one of the top investment sales brokerages in the city, The Real Deal reported.

In 2017, the firm ranked ninth in the city and closed $631.1 million worth of deals that year, according to TRD. However, after the legal battle started, its business was nearly cut in half in 2018 to $321.1 million, dropping to the 18th spot, according to TRD.

The feud between the pair started in May 2018 when Besen sued Doshi for $10 million citing, TRD reported.

In court documents, Besen accuses Doshi of pocketing commissions for himself, failing to put up funds to renovate several properties they co-own, letting his daughter live in one rent free and refusing to refinance the building “for the purpose of making it more difficult for Besen to defend himself in litigation.”

Doshi denied the claims in his filings and instead pointed the blame on Besen. In court documents, Doshi alleges Besen was focusing on business outside investment sales—like property management—that never “generated more than a nominal profit, if any,” and used profits from the more lucrative investment sales division to keep them afloat.