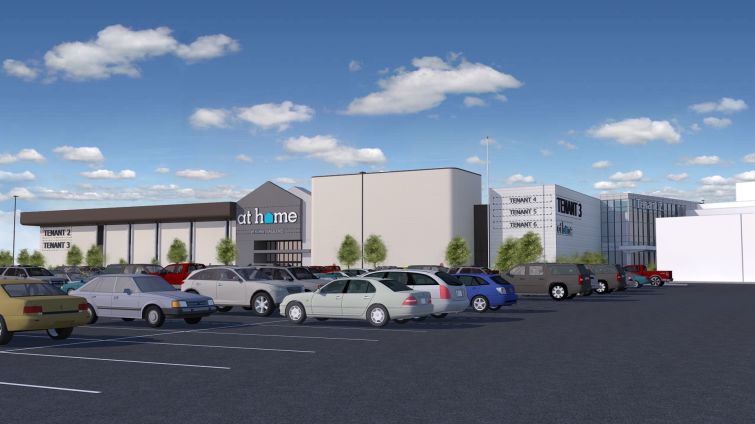 A rendering of the completed redevelopment of the Macy's store at The Shops at Nanuet. Photo: Metropolitan Realty Associates

The three-year acquisition and construction loan went to MRA and its equity partner Angelo Gordon & Co. for the duo to redevelop the site, modernizing it in preparation for a Macy’s departure.

“Obtaining such favorable terms from our lender is testament to the viability of this venture to contribute to the ongoing growth of a town already ranked among the best places to live in the state,” MRA CEO Joseph Farkas said in a statement.

In Dec. 2018, MRA announced its purchase and sale leaseback of the 218,000-square-foot asset, which is currently one of many stores Macy’s has planned to close as part of the company’s wind down of its bricks-and-mortar retail outposts. The store will close on March 24, following a liquidation sale, according to MRA.

The planned redevelopment will include a new two-story grand lobby, with upgrades to the entrances and exits, improved elevator and escalator arteries, tenant-controlled mechanical systems, exterior branding for anchor tenants and a dog-friendly outdoor park, among other additions aimed at enhancing the shopping experience, according to Farkas. The exterior signage will be designed specifically for new tenants that will be housed in the property’s remaining 117,000 square feet.

“Amherst is pleased to provide debt capital for a well-conceived repositioning of a viable retail asset in a dynamic and growing Rockland County market,” Amherst Capital Management managing director and head of real estate Christopher Kelly said in a statement. “We are excited to participate in this innovative retail strategy.”

At Home, a home décor superstore, has signed a 10-year lease to occupy 101,488 square feet at the redeveloped property starting in the first quarter of 2020, according to MRA. The property is located at the open air center called The Shops at Nanuet at 5101 Fashion Drive in Nanuet, NY. Royal Properties’ David Landes and Jeanine Kemm are the leasing agents for MRA.

“Our success in securing a high-quality tenant such as At Home for the space so quickly underscores our confidence in the area’s ability to thrive as a destination shopping center,” Farkas said in a statement. “The high-traffic location has an expanded trade area that attracts shoppers with the highest median income in the state. Our redevelopment capitalizes on these attributes by modernizing the space for collaborative new concepts operating at the forefront of next generation retail. Along with our new anchor tenant, we believe the location will flourish as the wider redevelopment progresses.”

The Shops at Nanuet currently includes grocery, entertainment and fitness tenants such as Fairway Market, Regal Cinemas and 24-Hour Fitness as well as retailers including Apple, Coach, Lululemon, J. Crew, Michael Kors, Sephora, Starbucks and P.F. Chang’s, among a few other offerings.