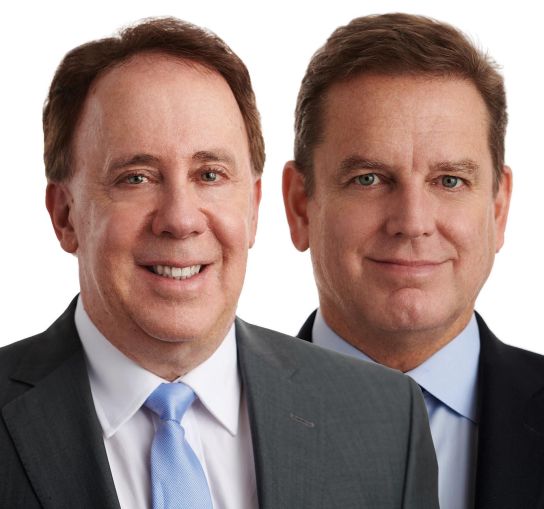 Since the merger, the pair of former lenders has expanded their team of capital markets professionals and grown their business, leveraging an extensive book of clients and the relationships presented by ABS Partners.

The connection between the firms started in 2014. It kicked off with an introduction at a country club between Altman and ABS co-managing partner Steven Hornstock.

Altman joked that he bugged Hornstock for business until the two firms paired for their first deal, a small loan Altman Warwick arranged through a local bank in New York for a property in the Bronx.

For some time, Altman and Warwick had been eyeing Manhattan from afar at their Long Island outpost. They wanted to grow their brokerage shop and attract young talent, which they knew would be difficult given their location.

ABS Partners presented a good platform and location to be the duo’s Manhattan launching pad. The synergy has since been a match made in heaven.

ABS Altman Warwick had a busy end to 2018. In October, the firm closed two deals, one being a $85 million 30-year, fixed-rate loan from  Massachusetts Mutual Life Insurance Company,  Barings, to refinance ABS Partners’ 162 Fifth Avenue office building. The other was secured by Altman, who originated a $51 million MetLife loan to Pergament Properties to refinance the 360,000-square-foot Pergament Mall at 2795 Richmond Avenue in Staten Island, N.Y., as first reported by CO.

That same month, ABS Partners moved to add a second power couple to its roster. The husband-and-wife duo of Eastern Consolidated co-Founders Peter Hauspurg and Daun Paris joined ABS as partners following the closing of its brokerage shop that July. Former Eastern CFO Peter Takiff also joined Hauspurg and Paris as a senior member at ABS.

With the firm ramping up, Schenker told CO that ABS Partners is now eyeing an expansion into the appraisal, data mining and real estate information technology sectors.

Altman and Warwick have grown their capital markets team to seven. In February they added managing director John Leslie and director Patrick Rhea, who were previously at Eastern Consolidated. Altman Warwick is looking to continue adding to their team this year.

Altman and Warwick chatted with Commercial Observer in December at their offices on the 10th floor at 200 Park Avenue South to talk about their business in the first year after joining ABS Partners.

Commercial Observer: Tell us a bit about the transition to ABS Partners and how it’s been since the merger.

Brian Warwick: We worked with them as a broker for a number of years and the relationship grew on all levels with the principals. We wanted to be in the city and we felt it was a logical and great step to partner with them and form a joint venture. Everything has a transition period; we were a small company, now working in a much bigger space with more people and more partners. It’s all good because we’ve gotten to know more people and this company now has more capabilities. I’d never characterize it as growing pains.

Robert Altman: In the beginning, a lot of the brokers here didn’t understand financing and were kind of loathed to learn about it. Every week at meetings we’d talk about the deals and we were encouraged by the fact that a lot of these guys began thinking along the lines of capital markets and making introductions to us. That’s certainly been escalating consistently, the referrals.

How do you view the state of today’s capital markets arena and how best to navigate it?

Warwick: There’s tons of availability of capital and so many more lending sources out there for a mortgage broker to understand and go out and cultivate relationships. On the debt and equity side, there’s more than ever. That gives us more tools but requires us to know more. With this, we have to be careful and treat clients like family. We don’t want to put them with a lender or institution that won’t be a good fit.

Altman: It’s definitely about understanding how to make the right match. There’s a corporate culture within certain lending shops that might not mesh with our clients. We take the time to understand the deal. There are more and more debt funds filling the gaps because of the fact that a lot of commercials banks have slowed down in construction lending. There’s a need, in terms of mezzanine, and the banks that are in that space. They’re generally lowering their loan-to-value, so there’s more need for mezzanine financing. But, this proliferation of debt funds has still been escalating and we see that trend continuing.

Warwick: It’s a good trend because it provides competition to the traditional sources of lending—the commercial and regional banks. They certainly fit the right niche for particular deals, but our job is to know the best sources for the right deal. It’s a great playing field as there’s plenty of money out there.

Altman: I think it’s how we manage our transactions. We’re very thoughtful throughout the process. We hear from lenders that other guys in our space might go to the market appealing to a variety of lenders for any given assignment, but there’s a point of overexposure. We have a good idea, based on the property type, the leverage request, which group of lenders would be most competitive. There’s no need to go any wider than that. Lenders show that appreciation because we don’t chuck deals; we create healthy competition.

Warwick: We want the right marriage and don’t want 20 lending shops to all come back to us with the same things. We take every deal by itself and analyze it. We really do try to manage the expectations of those we work with. With Bob and I having been in the lending space, I think there’s the added elements of the debt side and lender sophistication blended in with the broker’s mentality and client advocacy. It’s really the right mix and I think our clients see that.

How has your capital markets business benefited from the partnership with ABS?

Altman: I think a lot of the life companies want ABS’ business. But, now they see us as quasi-connected to the [ABS] principals, so we’re seeing a lot more interest from our life company and banking relationships.

Warwick: We’ve got more weight, now, in the industry. It’s really been two-fold, benefitting ABS and us.

Your firm has done a lot of business with life companies, and Bob started his career at New York Life. Can you speak to your work and relationships there?

Warwick: We just closed a loan with a life company on Staten Island recently. We do a lot of business with them, and I think most of our business [in 2018] has been with banks and life cos, not so much CMBS, but we have our share.

Altman: I’d say a lot of life companies are loathe to be aggressive on retail; there’s still money, but the leverage points are definitely much lower in most cases. Some guys aren’t interested or they’re not quoting retail.

Warwick: They have lofty goals, though. We were speaking recently with one of the heads of the real estate division within a major life company, and he said they have much more of an appetite for 2019 than [in previous years]. So, it’s good. It’s music to our ears, but now we have to get the product.

With that appetite, do you see life cos more willing to dabble in riskier investments?

Warwick: Oh, yeah. Some guys do mezzanine and have higher yielding funds and others are doing equity. We work with one national firm that will do all sides of the debt stack: They’ll do equity behind their own debt, they’ll do participating equity and long-term, patient equity.

Altman: There are few that have a construction permanent product that, with the backdrop of rising rates, could be something we could actively promote [in 2019]. When LIBOR was 20 basis points for all those years, it was hard to sell their product because it was based on a Treasury. Now that we almost have an inverted yield curve, I think this product will really come into demand.

Warwick: It’s definitely starting to speak to more sponsors out there who are looking at developments because it’s fixed-rate permanent construction lending.

What shifts have you seen in lending sentiment in New York, specifically?

Altman: We were speaking with this life company [we mentioned earlier] from the Midwest, and they, of course, view New York as the U.S.’s No. 1 market. I think the economy has never been stronger, locally, just because there’s so much less reliance on the whims of Wall Street. You have all these technology companies that are increasing their presences here, which is a great thing for employment, real estate and the future of the city.