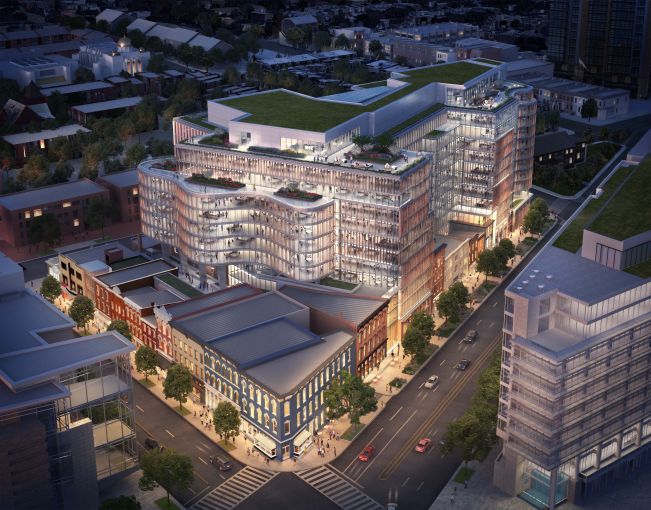 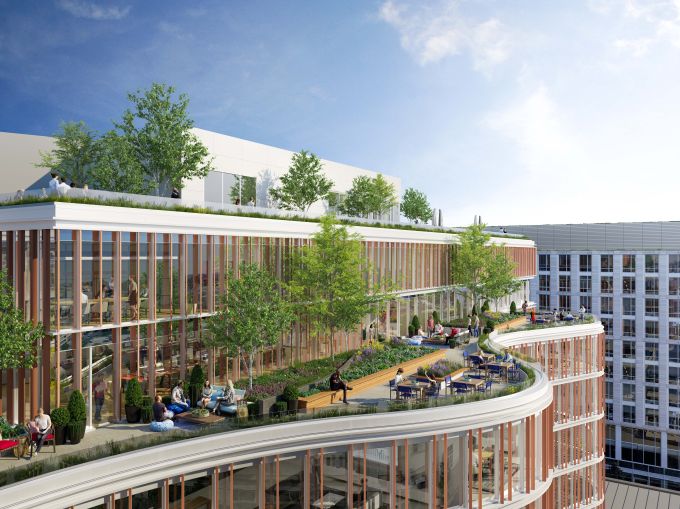 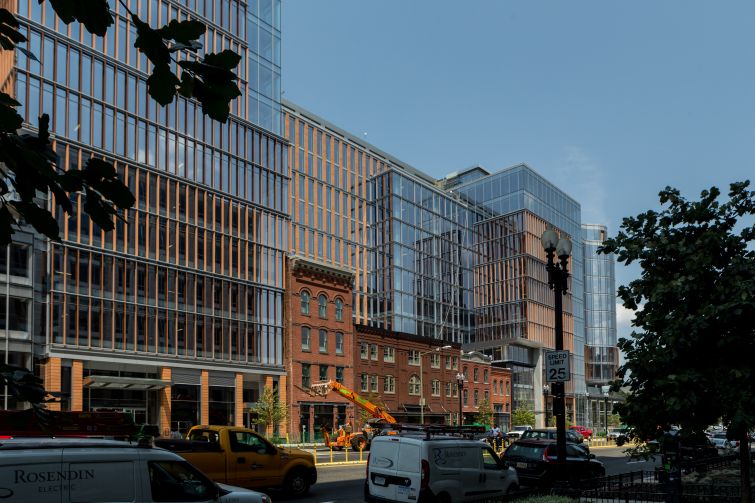 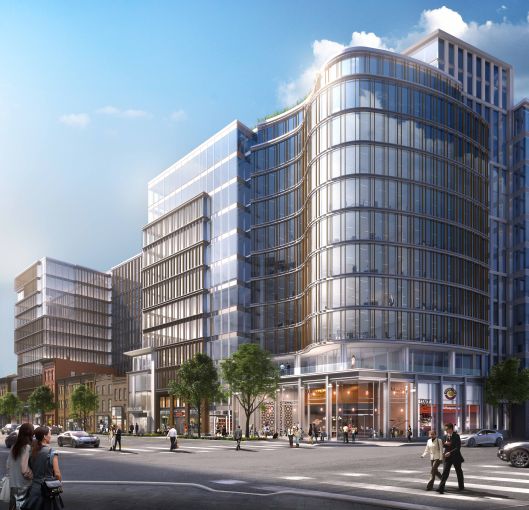 Brookfield Properties and Douglas Development have released a batch of new renderings for their long-in-the-works office development set to take over nearly a full city block in the Mount Vernon Square neighborhood of Washington, D.C.

The 768,000-square-foot project at 655 New York Avenue will incorporate 19 historic buildings—with some dating back to the mid-1800s—to create an 11-story office building that will also have 80,000 square feet of space dedicated to food and retail, a spokesman for Brookfield said.

“655 New York Avenue is a truly distinct Class-A commercial destination located in the heart of Washington, D.C., with a mix of fully modernized spaces, historic preservation and best-in-class shared amenities to create a dynamic and collaborative working environment,” Greg Meyer, an executive vice president at Brookfield, said in a statement.

The development, which will be anchored by healthcare and education consulting company The Advisory Board Co., will also include a tenant-only two-floor gym and two private terraces for tenants leasing space on the upper floors. Developers expect it to finish construction in the summer.

Architect Shalom Baranes Associates tried to incorporate design elements from the original properties in the project. As such, the exterior will have orange-colored terracotta panels to help blend into neighboring buildings, the Brookfield spokesman said. To preserve some properties themselves, crews even deconstructed and rebuilt them on different parts of the site and installed custom support beams underneath.

Douglas Development has been working on the project—bounded by Seventh Street, L Street, Sixth Street and New York Avenue—since 2001 when it bought its first building on the plot of land, the Washington Business Journal reported. The developer eventually spent $72 million to acquire all the properties for the development, with the last sale recorded in 2015, the Business Journal reported.

The D.C. Board of Zoning Adjustment approved the development in 2015 and, after original anchor tenant Living Social backed out, Douglas inked a deal with the Advisory Board to take 425,000 square feet that same year, Curbed reported. Brookfield joined the project in 2016, investing $67 million, Bisnow reported.