Navigating the Risks of Blockchain Technology in Commercial Real Estate 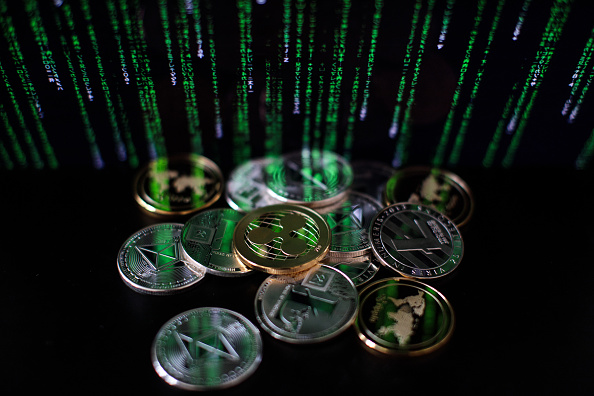 Cryptocurrencies like Bitcoin and Ether continue to dominate the headlines. But these tokens could not exist without blockchain.  Investors in real estate, that most quintessential of physical assets, historically have not taken advantage of blockchain. However, recent signs have pointed to a coming blockchain revolution in the world of commercial real estate.  For example, in October 2018, Brickblock announced a strategic partnership to launch a real estate fund on its blockchain platform with the promise of more efficient investing. Similarly, i-House.com is positioning itself as a platform to streamline real estate asset offerings through its proprietary token, IHT, and its associated blockchain platform.  While significant legal and regulatory uncertainty remains, it appears that the promise of blockchain is rapidly gaining traction in the world of commercial real estate. Now is the time for industry players to understand the technology and the risks attendant to its use.

At its most basic, blockchain technology is a system for the distribution of information to all users, who themselves maintain and validate it—commonly referred to as a distributed ledger system. It’s roughly analogous to a Miscrosoft Excel spreadsheet to which the public has access.  Users are assigned an “address” on the blockchain—conceptually, a row in the distributed ledger—and can transact in tokens, which can represent interests in an investment, title, units of value, or anything else that a platform may wish to implement. Users transact in these tokens, rather than relying on a central trust authority (e.g., a bank or governmental entity), and blockchain technology relies on a network of “nodes” to record and clear the token transaction to and from a user’s blockchain address. These nodes use consensus and high-level cryptography to record and clear transactions in “blocks” recorded serially on the blockchain.  Each node maintains an independent copy of the ledger, which it continually updates and validates, ensuring the integrity of the blockchain’s transaction records.

Implementers of a blockchain platform can control network access, the number and identity of blockchain nodes, and information distribution to the blockchain—commonly referred to as a “permissioned” blockchain. Permissioned blockchains overcome some of the concerns raised by truly open, anonymous blockchains (like the Bitcoin blockchain) where unidentified actors transact.  Additionally, blockchains can implement “smart contracts,” or self-executing processes that can be implemented by the blockchain. For instance, an asset management system built on blockchain could implement a smart contract for a servicer to notify investors of loan payments in a securitized pool.

The Promise of Blockchain for Commercial Real Estate

Blockchain technology promises unparalleled security, transparency and efficiency. If  implemented in connection with titling real property, blockchain could substantially reduce the risk of fraudulent transfers of real estate. Consequently, a transparent and cryptographically-secured record of real estate transfers also stands to substantially remake the title insurance industry as we know it. Even the property search and identification process can be streamlined through the implementation of unified blockchain-based listing systems, replacing the patchwork of multiple listing services.

Most promising, however, is blockchain technology’s ability to revolutionize real estate investing by democratizing it, primarily through the elimination of intermediaries. Stakeholders of Commercial Mortgage-Backed Securities (CMBS) could, for instance, enjoy real-time, transparent access to relevant information regarding the securitization pool (including all origination documentation) without the use of an intermediary, thereby streamlining diligence, servicing, and price discovery in the secondary market.

Despite the promise of blockchain, its implementation is not without risk. As with any technology, users must safeguard their access to the platform.  In blockchain parlance, this requires users to secure their “private key” – or cryptographic password to a user’s blockchain address. Asset managers operating blockchain platforms, on the other hand, need to implement robust information security and cybersecurity policies to mitigate the risks of bad actors hacking the platform.

Asset managers seeking to implement blockchain-based platforms — particularly via the issuance of proprietary tokens in initial coin offerings (ICOs) — should also be mindful of the various legal and regulatory requirements that may attach to an ICO, including the possible registration of the offering with the SEC and/or state regulators and the difficulties that may result from introducing blockchain transaction records as evidence in a legal dispute. Unless and until regulators publish clear rules governing the implementation of blockchain technology, it is incumbent upon users and implementers of blockchain technology to consult legal counsel to ensure regulatory compliance and mitigate legal risks.