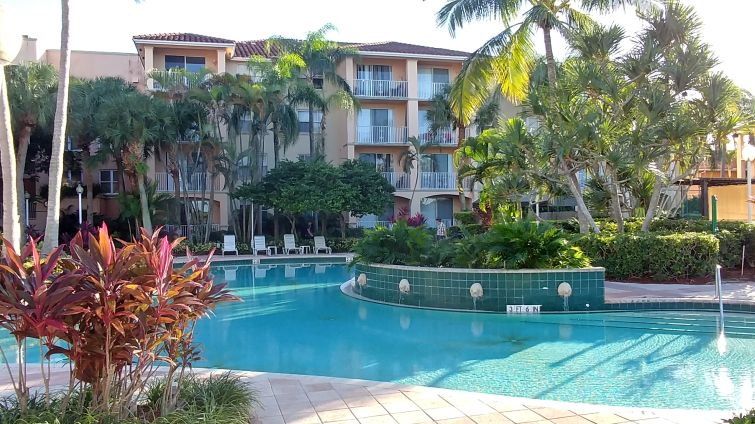 The debt, originated by Walker & Dunlop and destined for agency securitization, refinances a previous Freddie Mac financing from 2012 on the property, known as Falls of Pembroke. Taplin’s company, Taplin Development, kicked off construction of the 450-unit complex in 1996 at 13651 NW 4th Street in Pembroke Pines, Fla., a city about a third of the way between Fort Lauderdale and Miami.

The 2012 debt hadn’t come due yet, but Taplin sought out a refinancing ahead of schedule to snag an affordable deal, coughing up a small prepayment premium in the process, according to Walker & Dunlop’s David Gahagan.

“He refinanced it early to take advantage of the interest-rate environment, and pushed it out to a 15-year term,” Gahagan said. “We had a pretty competitive bid process…but Freddie Mac provided the best terms and proceeds.”

Niki Perez joined Gahagan on the Walker & Dunlop team that worked on the deal.

Taplin won’t owe interest on the debt through the first eight years, a feature that Gahagan said set apart Freddie Mac’s bid on the deal from those submitted by competing life-insurance companies.

The garden-apartment style project, which features a mix of one-, two- and three-bedroom units, stands adjacent to Interstate 75 near its interchange with Pines Boulevard, a major state road. Its address puts it right across the street from a sizable shopping center, Shops at Pembroke Gardens, which features a Nike outlet, a Bath & Body Works store, a Barnes & Noble location and a handful of fast-food and sit-down restaurants.

The apartment complex itself has a swimming pool, a game room and racquetball courts on the property, which abuts a small body of water called Lake Olson.

Gahagan and Perez have worked with Taplin on financing the property since 1994 when it was no more than a blueprint, Gahagan said. After helping to line up the initial construction debt that year, the Walker & Dunlop duo has now guided four refinancings on the asset.

At one point, housing supply was expanding rapidly in the area, but that’s less of a concern today, Gahagan said.

“Earlier in the 1990s, this was one of the fastest growing cities in the country, but [developers have] built it out,” Gahagan said. “It’s been fairly stable, and most of what’s been built lately has been more office properties.”

Meanwhile, residential demand has surged. Since 1990, the Pembroke Pines population has grown by more than 160 percent, according to Census Bureau data.

A Taplin representative could not immediately be reached for comment.