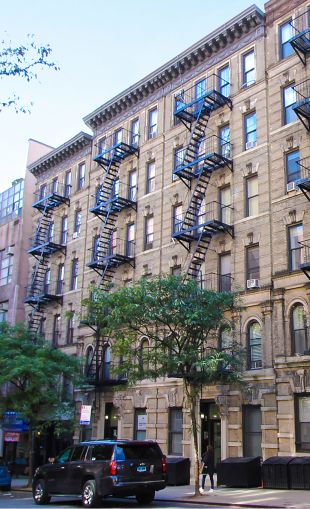 The real estate company founded by the descendants of one of Manhattan’s oldest family, Beekman Estate, has closed on the purchase of three Lenox Hill apartment buildings for $35.5 million, Commercial Observer has learned.

The Beekman Estate bought 344, 346 and 348 East 62nd Street between First and Second Avenues from long-time owners William Koch and Shimmie Horn, a source with knowledge of the deal said. Together the properties total 40,621 square feet and comprise 70 apartments and two retail units. One retail space is vacant while the other is occupied by a dry cleaner.

The majority of the buildings have one-bedrooms apartments—with several two-bedrooms—and the average unit size is about 500 square feet, according to PropertyShark and StreetEasy. Rent average between $1,900 to $2,100, CoStar Group data shows.

The buyer fully funded the purchase through a 1031 exchange, the source said.

Avison Young’s James Nelson, Brandon Polakoff and Bradley Rothschild represented the sellers in the transaction and Beekman had no brokers. Beekman representatives did not respond to requests for comment.

“Lenox Hill is one of the city’s most sought-after neighborhoods and also part of the Midtown East rezoning project,” Polakoff said in a statement. “This important process, paired with the area’s new Second Avenue subway line and Cornell Tech Campus on Roosevelt Island, is fueling high demand for these types of assets.”

Koch and Horn had owned the buildings for more than 60 years, according to Avison Young. It’s unclear in property records how much they paid for the properties.

The Lenox Hill-based Beekman was founded by the descendants of William Beekman who landed in Manhattan from the Netherlands in 1647. The firm owns property in New York City, New Jersey and Connecticut, according to its website.