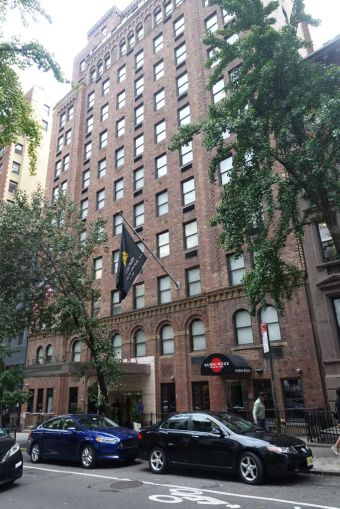 Italian-American restaurant Atto has signed a lease for 8,000 square feet at the Tuscany Hotel at 120 East 39th Street between Park and Lexington Avenues.

The Murray Hill space includes 4,000 square feet at grade and a 4,000-square-foot roof deck, as The New York Post first reported. The lease is for 15 years, according to Meridian Capital Group retail broker James Famularo, who represented the tenant and the landlord, St Giles Hotels, in the deal. The asking rent was $150 per square foot, he said.

Atto will be taking space that was occupied by sushi restaurant Sushi Roxx—which the Post called “the city’s most bizarre theatrical dinner experience”—until it closed last July. The space has been vacant since the eatery closed, per Famularo.

The broker said that an Italian restaurant is better suited for the hotel and neighborhood. As such, it would provide a place for people to frequent multiple times a week.

Atto is the brainchild of restaurateur Mirso Lekic, who operates Tudor City Steakhouse, Il Valentino Osteria and Four Cuts Steakhouse. Lekic like the location because of “its wide storefront, 24/7 foot traffic and curated mix of office professionals, residents and tourists,” Famularo said in a release.