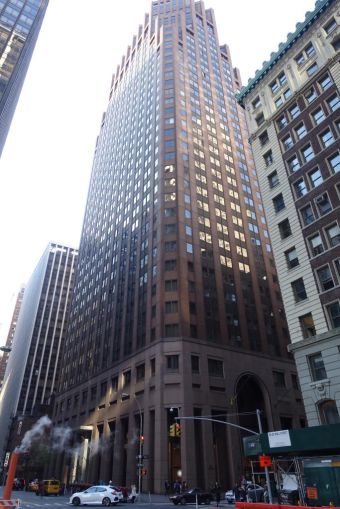 The loan has a 50.9 percent loan-to-value, while the asset has a stabilized appraisal value of $109 million, as per KBRA’s report.

The loans proceeds, together with $7.8 million of equity contributed by Hakimian, were used to refinance just under $59 million worth of existing debt from J.P. Morgan Chase that was previously securitized in the JPMCC 2013-LC11 commercial mortgage-backed securities transaction. The loan also funded a $1 million debt service reserve, established a $1 million reserve for operating expenses and paid closing costs.

The sponsor acquired the property in 2006 and spent the next three years converting the building into a 36-story mixed-use development that includes 346 residential condominiums and a retail and parking condo, which are not a part of this loan collateral.

According to KBRA, Hakimian is spending roughly $4.2 million, or $16,733 per key, as part of a Hyatt-mandated renovation that started in January 2019 and is expected to wrap this May. The work will include adding new bedding, wall and floor coverings, upholstery, paint and light fixtures, according to KBRA.

The hotel operation is situated on the building’s first two floors as well as on floors seven through 17, plus two subterranean levels. The guest rooms are located on the seventh through 17th floors, with Andaz Wall Street’s administrative offices and lobby on the first three levels. Parking for the hotel is valet only and available from the site’s underground parking structure.

KBRA highlighted the hotel’s affiliation with Hyatt as a positive in its review of credit considerations, being that the asset benefits from the brand’s efforts in global marketing and its reservation system and rewards program. The hotel went under a Hyatt Corporation flag in April 2007 and that management agreement will expire in December 2025, but has two ten-year extension options.

Amenities include a 67-seat restaurant called Dina Rata, which is on the first floor, an outdoor beer garden, a fitness facility, a spa and about 10,600 square feet of meeting space.