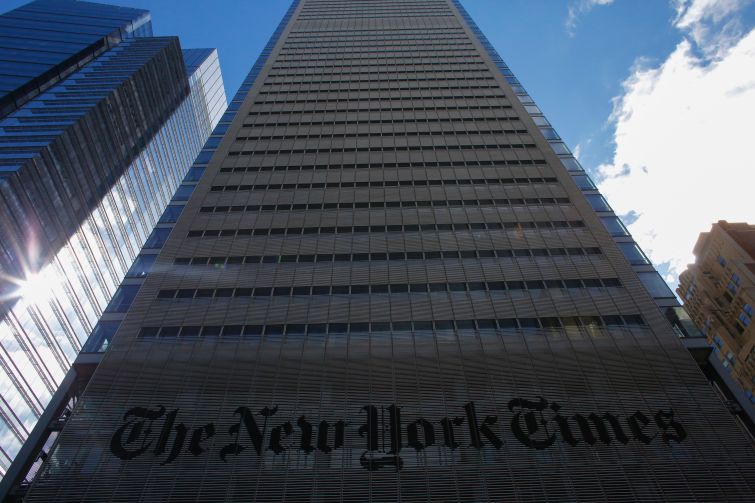 The debt deal, part of which will be secured into the forthcoming NYT 2019-NYT transaction, closed in December, as first reported by The Real Deal. In addition to the $515 million portion destined for the CMBS trust, the lenders—Deutsche Bank, Bank of America, Barclays Capital Real Estate and Citi Real Estate Funding—also provided a $120 million subordinate note. The capital stack also includes a $115 million mezzanine portion, although the source of that debt wasn’t immediately clear.

The two-year floating rate senior loan, which can be extended to seven years, 12 months at a time, will earn interest at a 1.8 percent spread above Libor, according to Morningstar Credit Ratings, which analyzed the transaction. The subordinate and mezzanine aspects, which have the same term, will pay 3.25 and 5.25 percent above Libor, respectively.

Developed starting in 2003 as the headquarters of the New York Times, the 52-story building hosts the newspaper on its first through 27th stories, but only the higher floors—leased to other tenants—secure the new CMBS debt. Ownership of the tower, at 620 Eighth Avenue between West 40th and West 41st Streets, was split between the New York Times and Forest City, with Forest City’s share transferred to Brookfield when it completed its $6.8 billion purchase of Forest City in December.

On the building’s upper floors covered by Brookfield’s leasehold, ClearBridge Investments is the biggest tenant, leasing 201,000 square feet. Otherwise, they’re a haven for law firms: five of the next nine biggest tenants are legal practices, including Seyfarth Shaw, Covington & Burling and Osler, Hoskin & Harcourt. The Flemish government, which rules an autonomous region of Belgium, signed the building’s most recent lease late last year, rounding out the building’s overall 100 percent occupancy rate for its 738,000 square feet of office space.

Also included in security for the debt are the building’s ground-floor retail cohort, which include tenants such as Wolfgang’s Steakhouse, Muji and Schipper’s.

In the twelve months ending June 30, 2018, the building’s upper floors earned $69.7 million, against expenses of $17.8 million. The lenders value the Brookfield leasehold portion of the tower at $1.01 billion, giving the full debt package a loan-to-value ratio of 74.2 percent.