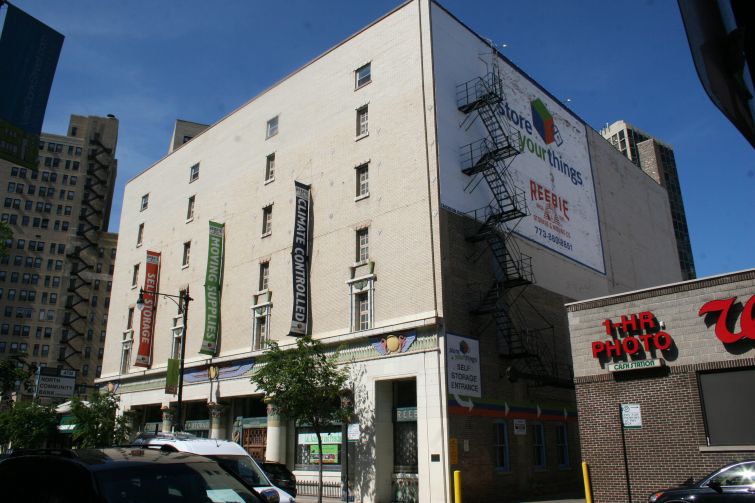 StorageMart, a national chain of self-storage facilities, scored an $814.1 million refinancing from Citi Real Estate Funding for a large portfolio of locations in one of 2019’s first commercial mortgage-backed securities (CMBS) deals.

The debt, $644.1 million of which will be sliced into tranches for the forthcoming CGCMT 2019-CMRT single-borrower deal, mostly defeases prior loans, but also includes $8.5 million for development and a $107.7 million cashout, according to Kroll Bond Rating Agency, which analyzed the transaction. The other $170 million comes in the form of a pair of $85 million mezzanine loans, which Citi underwrote before selling to holdings companies controlled by Brookfield Real Estate Financial Partners and Blackstone, according to KBRA.

The loans closed on December 20th, with the CMBS deal likely closing later this month.

Securing the deal are 101 self-storage locations in 17 states, with the biggest allocated loan amounts going to three New York-are sites: in Brooklyn; Secaucus, N.J. and West New York, N.J. In all, 7.5 million square feet of self-storage space back the debt, at a loan-to-value ratio of 54.3 percent.

The five-year, fixed-rate financing will pay 4.76 percent interest, with no principal payments due until the debt matures.

The company once traded publicly on the New York Stock Exchange, but the family of its founder, Gordon Burnam, took it private in 2006 by recapitalizing the firm with an investment from Stan Kroenke, a billionaire who made his fortune as a real estate executive at Walmart and as a member of its board (Burnam died last year). Kroenke, named as the guarantor of the CMBS financing, also owns a batch of sports teams that includes the NFL’s Los Angeles Rams, the NBA’s Denver Nuggets and Arsenal, a soccer team in England’s highest professional league.

Outside of New York, the portfolio’s biggest concentrations land in Florida, Illinois and Missouri, where Kroenke has drawn ire for his decision to move the Rams, formerly a St. Louis franchise, to Los Angeles.

Occupancy for the portfolio has risen marginally over the last several years, steadily climbing to nearly 88 percent in 2017 from 85 percent in 2013. Most of the portfolio includes at least some self-storage units that are climate-controlled, which KBRA says can command higher rents.

StorageMart earned $63.2 million on the portfolio in 2017, taking in $96.9 million against $33.7 million in expenses. Real estate taxes were its biggest cost.

The self-storage industry turned in a strong 2018 across the board, with rising rents and many new customers seeking space, according to Inside Self-Storage, a trade publication. CMBS is a favored financing source for the minority of self-storage owners with portfolios worth more than about $3 million, the magazine said, because unlike banks and credit unions it offers borrowers non-recourse debt.

The sector has been a steady contributor to CMBS for years, and was responsible for $2.1 billion issued in 2018, according to data from Trepp. That’s a typical figure over the last twenty years from a property type that set its CMBS high watermark at $4.2 billion in 2005.

A Citi spokesman declined to comment. Representatives from StorageMart did not immediately respond to inquiries.