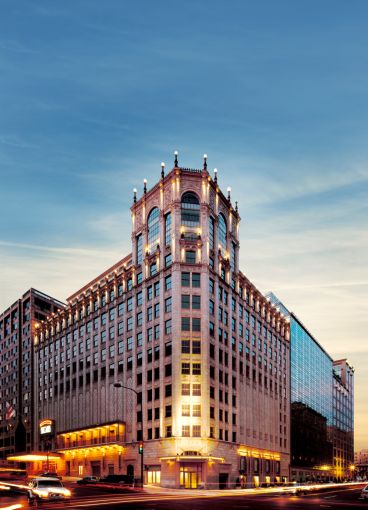 Developer JBG Smith has sold the Warner Building at 1299 Pennsylvania Ave NW in D.C. to CBRE Global Investors for $376.5 million, according to a press release from the D.C.-area based seller.

“With the sale of the Warner Building we have closed over $760 million of asset sales and recapitalizations, the proceeds of which will be used to deleverage our balance sheet and create capacity for future investment opportunities,” Matt Kelly, the CEO of JBG Smith, said in a prepared statement. “We plan to continue to capitalize on the current environment to raise attractively priced capital.”

Built in 1924, the 13-story property is the 23rd-largest office building in the D.C. region, according to the Washington Business Journal, which first reported on the sale. The property was previously owned by Vornado Realty Trust, which merged with JBG Cos to create JBG Smith in July 2017, per WBJ.

Collins Ege, Nicholas Pappas and Sean McDermott of Eastdil Secured represented JBG Smith in the transaction. They could not be reached for comment. CBRE did not have a broker in the deal, according to the JBG Smith spokeswoman.