How Will REBNY Grapple With the New Democratic State Senate? 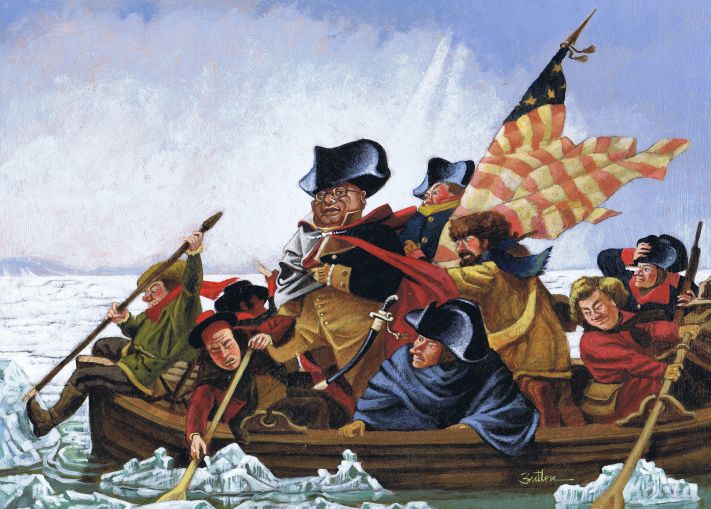 How will REBNY cater to the new left-leaning majority in the state senate? Illustration: Ralph Butler/For Commercial Observer

The Real Estate Board of New York and its powerful landlord membership have controlled New York City’s housing policy for decades by directing millions in campaign contributions to state legislators and governors.

But with Democrats in power in the State Senate for only the second time in 52 years, the balance of power seems to be fundamentally shifting. Republicans controlled the senate since 2011 despite a small Democratic majority in the chamber thanks to the Independent Democratic Conference (IDC), a group of senators who caucused with the Republicans.

But the 2018 election season changed things. New York City voters, energized by the surprise victory of Alexandria Ocasio-Cortez over longtime Congressman Joe Crowley and a wildly controversial news cycle surrounding the state senate primaries, “threw the bums out” of the legislature. Six of the eight IDC members lost their primary challenges, including powerful IDC leader and Bronx legislator Senator Jeffrey Klein, Queens Senators Tony Avella and Jose Peralta, central Brooklyn Senator Jesse Hamilton, and Marisol Alcantara, who represented Upper Manhattan and much of the West Side. They were all favorites of the real estate industry.

The newly elected class of state senators hopes to champion a far more progressive set of policies that run the gamut from rent reforms to marijuana legalization. And REBNY, long considered part of the state’s Republican and centrist Democrat power structure, will have to play ball with more liberal Democrats in the senate for the first time in decades. Its political action committee already paved the way by contributing $236,750 to Democratic committees during the first 10 months of 2018, compared to just $57,000 during the 2016 election cycle, The Wall Street Journal reported.

The real estate trade association is more forward-thinking on some issues than others. Over the past few years, the lobbying organization has championed congestion pricing, a controversial policy that proposes taxing drivers in New York City and using the revenue to pay for subway improvements. Congestion pricing has been picking up steam in Albany as well; Gov. Andrew Cuomo has been pushing the measure for over a year as the only realistic option to fund a $40 billion plan to fix the city’s beleaguered, century-old subway system (see story on page 64). However, Mayor Bill de Blasio has said he views the proposal as a regressive tax that punishes struggling outer-borough drivers, despite census data that shows car owners in New York City are wealthier, on average, than non-car owners. In recent months, he’s softened his opinion somewhat.

REBNY has also advocated for reforming the city’s property tax system, which tends to shift the tax burden away from the owners of condos, co-ops and homes and towards the owners of multifamily rental and commercial properties. And it has supported city initiatives for micro-housing and basement legalization, both of which could help alleviate the city’s housing crisis.

But it has promised to resist tenant-friendly reforms to the rent-stabilization system, which threaten the bottom lines of hundreds of its members. This is apparently in opposition the will of the voters, as many of the new, progressive legislators rode to victory on the promise of expanding rent regulation and strengthening tenant protections.

A broad coalition of housing groups aims to end vacancy decontrol, which allows landlords to deregulate apartments after a tenant departs if the monthly rent rises to $2,744 and to reform preferential rents, major capital improvements (MCIs) and individual apartment improvements (IAIs). MCIs are building-wide improvements, like lobby renovations and new elevators, and IAIs are apartment updates, such as new appliances and floors. All four policies provide incentives for landlords to jack up rents and vacate apartments. Cuomo supports the changes to the rent laws, which means they will pass in some form.

“We understand the law is going to change, and by definition that change is going to be affected by the progressive wing of New York,” said REBNY President John Banks. “And we’re willing to negotiate in good faith and ensure that whatever legislation comes out of this process helps affordability and allows my members to continue to invest in their assets.”

He hopes that he can help legislators understand that allowing apartments to exit rent stabilization generates income for below-market units elsewhere in the building.

“Why would you eliminate the option of generating income from the luxury sector of the building, which cross-subsidizes affordable units and generates revenue for building maintenance?” Banks asked.

“I’m not sure [REBNY] has a choice” when it comes to negotiating with the newly energized Democratic state senate, he said. “I don’t think they’re happy their political support ran against us for years. We know this is not their preference. We answer to the tenants and the people we represent. A lot of us have made a decision not to accept real estate donations any longer. We’re now entering the majority and we’re deciding how the rent laws are going to be renewed. I don’t want there to be any question about who we’re looking out for.”