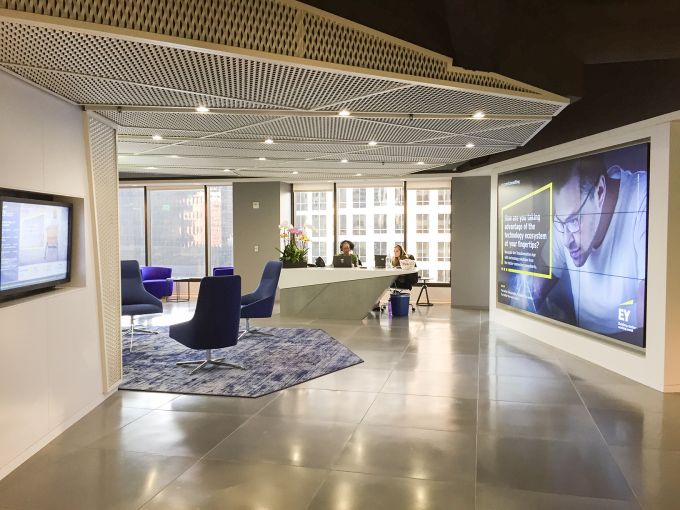 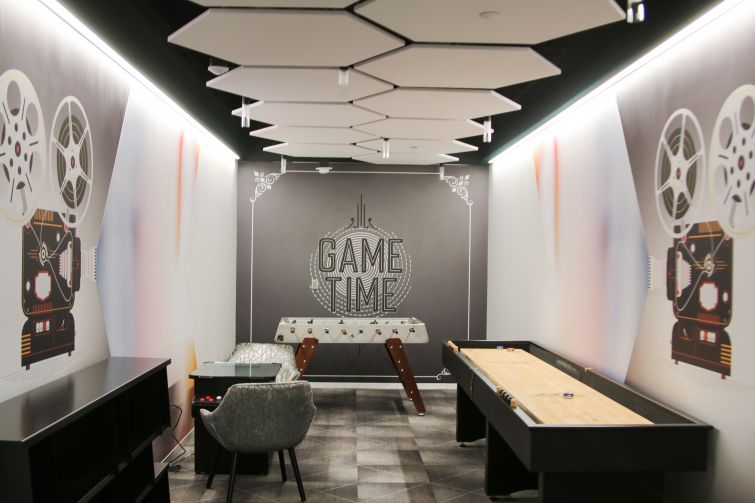 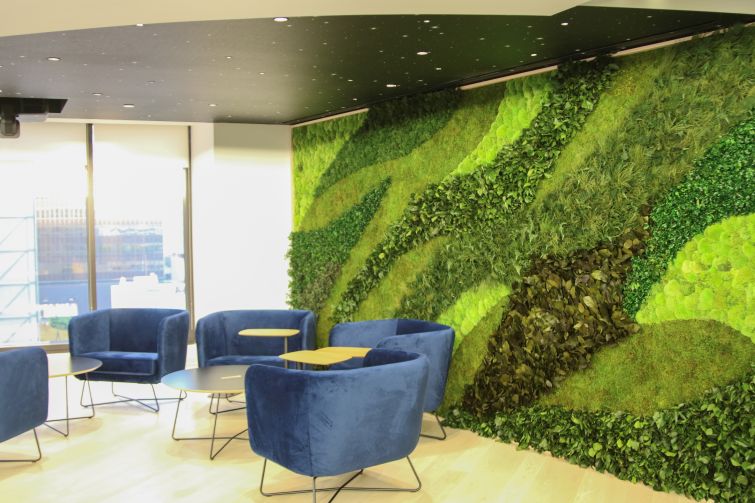 A break room at EY's revamped offices in downtown Los Angeles brings some of the outside in with textured materials. Photo: EY 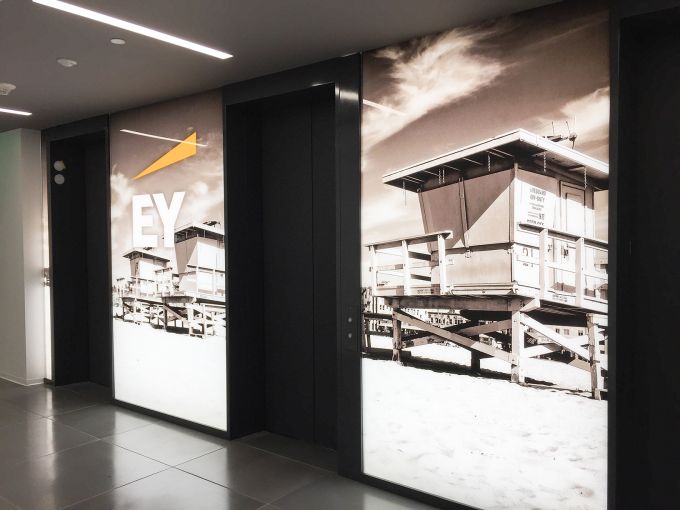 It’s not your father’s office at EY’s newly revamped digs in Downtown Los Angeles. The accounting firm, which has occupied the space at 725 South Figueroa Street in the Financial District since 1999, has been redesigned to encourage more flexibility, collaboration and creativity for its staff, of which millennials make up 70 percent, according to an official release.

“We’ve been in Downtown L.A. for nearly 100 years and it was important to us to stay in our current location while also infusing the space with new energy, improved technology and creative inspiration,” Patrick Niemann, EY’s Los Angeles office managing partner, said in the release. Over the last decade, he said the Big Five’s LA office workforce has grown 90 percent.

EY turned to HOK, a global design and engineering firm, whose Culver City-based L.A. office co-designed the Anaheim Regional Transportation Intermodal Center in Orange County, to revamp the 120,000-square-foot office that spans the fifth through eighth floors, and part of the third floor in the 41-story Brookfield Properties building.

“The vision for this project is to celebrate Los Angeles by telling the L.A. story via iconic imagery, texture and flavor,” Cara MacArthur, a senior principal at HOK, told Commercial Observer. “Each iconic landmark represented is not only a celebration of the uniqueness of L.A., but also distinguishes key programming elements on each floor, allowing EY professionals to travel through the city while in the office.”

The result includes themed rooms and floors that pay homage to Los Angeles landmarks such as the Capitol Records Building, Watts Tower and the off-beat style of Venice’s Abbot Kinney Boulevard. More than 50 percent of the new workstations are ergonomic sit-to-stand desks and tech-enhanced workspaces that are fully wireless, with dual monitors. In addition, office amenities include a vintage-inspired arcade game room; coffee hub with café-style tables; themed collaboration rooms; three wellness rooms with recliner seating and facilities for rest breaks or nursing mothers; interactive art walls, greenery and natural light incorporated throughout the workspaces, as well as panoramic views of downtown.

The Los Angeles office redesign is part of EY’s EY@Work initiative, started in 2017, which focuses on providing efficient and inspiring environments for the firm’s employees. The EY L.A. office is among the first of several West Coast locations, including San Diego and Salt Lake City, to transition to the EY@Work approach, which the firm has rolled out to hundreds of EY locations worldwide.

“Ultimately, we wanted to create an environment [in L.A.] that would enable us to continue to grow, attract top local talent, accommodate diverse work styles and provide our people with an inspiring space that allows them to thrive and do their best work,” Niemann said.