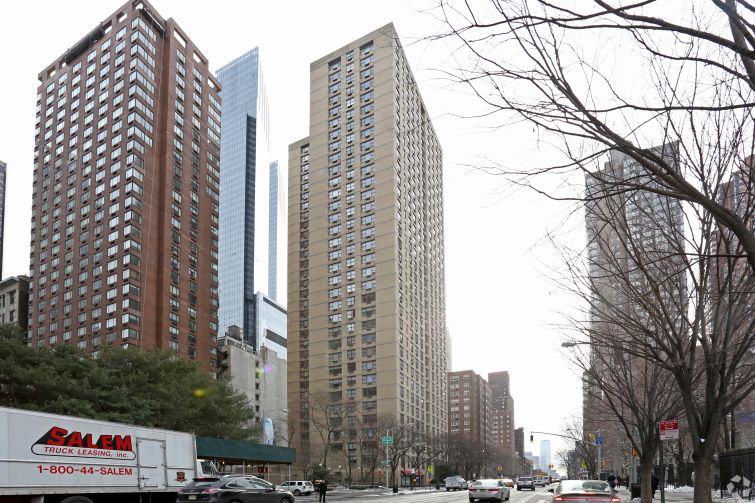 Glenwood Management, a residential developer based on Long Island, N.Y., has secured an $82 million refinancing from Principal Life Insurance Company for an Upper West Side apartment building, according to property records.

The loan refreshes Glenwood’s leverage on The Regent, a 35-story building at 45 West 60th Street, along Columbus Avenue between West 60th and West 61st Streets. The deal, which closed on Dec.13, replaces previous debt that came from TIAA, a financial institution for teachers, in 2010.

On its website, Glenwood lists a pair of approximately 800-square-foot two-bedroom apartments for between $6,200 and $6,300 per month apiece. In all, the building has 335 units.

Glenwood built The Regent in 1981 under the leadership of Leonard Litwin, the son of the company’s founder, Harry Litwin, who had died decades earlier. (Leonard Litwin, a one-time billionaire who was a victim of Bernard Madoff’s Ponzi scheme, himself died last year at the age of 102.) The Lincoln Square-area tower features a two-story lobby, a gym and a rooftop garden.

At the time of its construction, the Glenwood stood adjacent to the New York Coliseum, a convention center that by the mid-1980s was already falling into disuse. But not until 2000 was it demolished to make way for the Time Warner Center, a shopping center, hotel and office tower that was a joint project of Time Warner and The Related Companies and which today stands directly across West 60th Street from the apartment building.

Neighboring Lincoln Center has also seen significant investments poured into updates to its broad plaza along Columbus Avenue and several of its auditoriums over the last 15 years. But the cultural center’s leaders scrapped plans last autumn for a half-billion-dollar gut renovation of David Geffen Hall, where the New York Philharmonic plays, after they said the project grew too complicated and expensive.

Aside from the Regent, Glenwood owns a handful of other Upper West Side apartment towers, as well as a dozen such properties east of Central Park. Representatives for the company, and for Principal Life, didn’t immediately respond to inquiries.