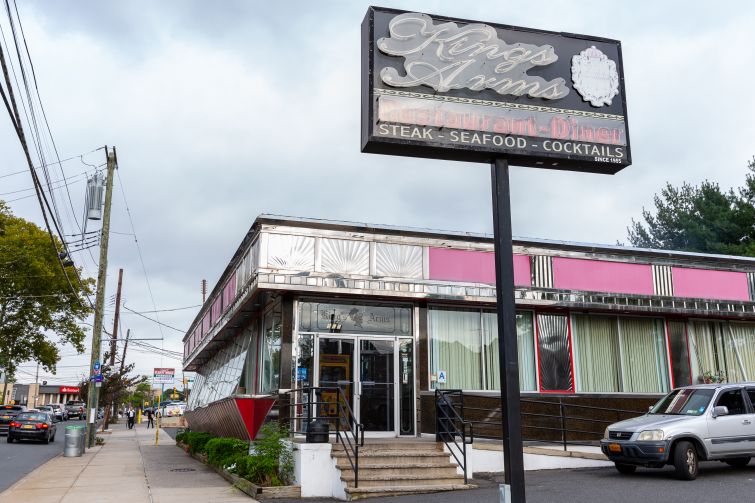 Shopping malls across the United States may be shuttering stores at a rapid rate, but on Staten Island the retail scene has never been so vibrant.

New stores are being added island-wide, while other, dated shopping centers are being reconfigured and refurbished. Retail brands new to the borough, like Shake Shack and Land’s End, are being added to the mix to cater to changing tastes.

“Everybody likes to blame Amazon but the idea that people aren’t going to shop anymore couldn’t be further from the truth,” said James Prendamano, the vice president and CEO of Staten Island-based commercial brokerage Casandra Properties. “We were far too lazy for far too long and we failed as an industry to deliver an interesting experience.”

But that doesn’t appear to be the case anymore. Prendamano brokered the $41 million sale in May of South Shore Commons, a five-building retail and commercial complex now owned by local businessman Murray Berman and his son, David. (Casandra was the listing agent for the sellers, Guido Passarelli and Sons.)

Casandra is also the broker for BFC Partners’ Empire Outlets, a shopping complex adjacent to the site of the now-dead New York Wheel project along the St. George waterfront. The city’s only outlet mall, it is scheduled to open next spring after numerous delays and will be followed soon after by the opening of The Boulevard, Kimco Realty’s open-air lifestyle mall currently under construction in New Dorp. According to Josh Weinkranz, the president of the northern region for Kimco, tenants of the two-level project include a Shoprite supermarket, an Alamo Drafthouse Cinema, L.A. Fitness and numerous restaurants, all in a highly landscaped park-like environment. The retail space is 90 percent leased, Weinkranz said.

The Boulevard is located in what is loosely considered the Island’s South Shore (many consider it Mid Island), where the population is largely homogeneous and mostly white, with a hefty faction of blue-collar workers. It developed rapidly after the opening of the Verrazzano Narrows Bridge in 1964 with an influx of residents from other boroughs, primarily Brooklyn. Empire Outlets is located on the North Shore, which has a more ethnically mixed and better-educated population spread across a network of long-established neighborhoods. More densely populated than the South Shore where single-family homes are the norm, the North Shore also has most of the island’s public housing.

Kimco is adding Staten Island’s third Target store, in Forest Avenue Plaza at 1520 Forest Avenue in Port Richmond, on the North Shore.  It will open in 2019. A few miles south, the 45-year-old Staten Island Mall has added 200,000 square feet of retail, restaurant and entertainment space to the existing 1.3 million square feet and is repurposing an additional 180,000 square feet. Stores being added include Zara clothing and Ulta Cosmetics, the Container Store, Primark and German grocer Lidl. On Nov. 20, Barnes & Noble moved its only Staten Island store to the mall from a location a short drive away.

According to Jim Easley, the general manager of the Staten Island Mall, which is owned by General Growth Properties, the complex is hewing to national trends and upping the experiential component to drive traffic. Dave & Busters will be on the roster, as will Chipotle and an AMC multiplex. Part of the redesign includes a plaza with outdoor restaurant seating that in milder weather is home to entertainment events like a temporary rock-climbing wall that was open during the summer.

Experiential is also what Weinkranz wants for The Boulevard, with its outdoor café atmosphere, leafy setting and the fact that it is easily accessible on foot from surrounding residential blocks or by public transportation.

“The mix of tenants creates an environment people will want to go and hang out in, not just buy a single product and head home,” Weinkranz said. “People who live in the community will want to come, browse the restaurants and sit outside—something that doesn’t exist now in this area.”

Retail rents in better shopping centers on the island are in the $50- to $60-per-square-foot range, up by roughly 30 to 40 percent over the past decade, according to Weinkranz. He deems current rents to be steeper than in other parts of the surrounding metro area like Long Island and New Jersey, but said prospective tenants are not discouraged even though the properties and demographics are very similar. (These rent figures apply pretty much across Staten Island, except for the older, smaller commercial drags and strip malls that haven’t yet been updated.)

“They hear the buzz that tenants there are performing, they take a chance and it pays off,” he said. “Target wasn’t on the island for a long time, but they did one and it did pretty well, then came a second and now a third.”

Staten Island’s first Target, in the Bricktown Center at 2900 Veterans Road West  in Charleston, was opened in 2006 by Blumenfeld Development Group.  Kimco opened the second Target in 2013 in the Richmond Shopping Center at 2873 Richmond Avenue, near the Staten Island Mall.

Stores along commercial drags around the Island that historically defined the borough’s retail scene until the Staten Island Mall opened in the 1970s are also doing well. Lined with one- and two-story retail buildings, streets like New Dorp Lane, Port Richmond Avenue and Forest Avenue in West Brighton have few vacancies and some new construction. Taking rents fall into the $40-per-square-foot range, making them accessible to small business owners.

“We have a lot of entrepreneurs coming over from places like Sunset Park [Brooklyn] and Queens who can’t afford to go into a large mall like a Kimco property, but they can afford $40 [a foot],” said Staten Island commercial broker Michael Schneider of Schneider Realty Services.

Perhaps more to the point, on Staten Island, retailers have to give shoppers a reason to stay in their home borough to shop and eat, instead of fleeing to New Jersey and Brooklyn as they have historically done. For Brooklyn, the pull is familiarity; many island residents are originally from Brooklyn and still have relatives there. For shoppers heading to New Jersey, there is the lure of markedly cheaper cigarettes, alcohol and gas in addition to no tax on clothing purchases. Some New Jersey malls also have slightly more upscale offerings for those inclined, in shopping centers like the Menlo Park Mall in Edison, Woodbridge Center in Woodbridge and the extremely high-end Mall at Short Hills in Short Hills.

Not only do shoppers pay high tolls to leave the borough, infrastructure problems now handicap the tradition of off-island shopping junkets. Traffic on the four bridges that serve the island is easily and often brought to a standstill, especially on major holidays and summer beach days. The street grid is also woefully clogged with cars, often turning a casual errand into an hours-long ordeal.

Savvy local retailers see this as an opportunity to grow their business among frustrated shoppers as well as new ones, who are always coming to Staten Island.

According to Easley, generational patterns give his mall a whole new group of shoppers every 10 years. He sees long-time customers now coming with their own children in tow.

“This is not a stagnant market—there are new people coming in all the time,” he said. “We need to keep people on Staten Island and we need to give them a reason to stay.”

According to Weinkranz, Staten Island retail is hopping now because developers finally took notice of a lack of national brands like Zara, H&M, Chick-fil-A, The Container Store, Primark and Lidl.

“We see that Staten Island wants this kind of national retail and they don’t want to have to go to Brooklyn or Jersey to get it,” he said.

For Prendamano, the shift is overdue in a borough where one City Council district has a household income of $116,000, the third-highest in the city.

“Everything we do today is different than it was five years ago,” he said. “Why not shopping?”