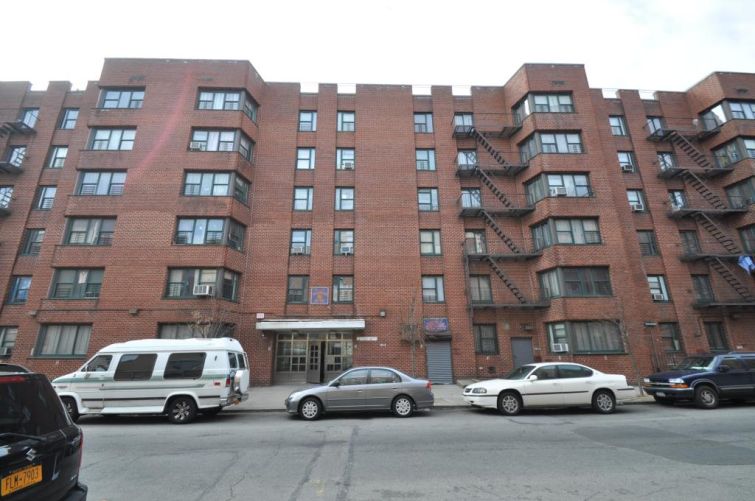 A shot of 690 East 140th Street, one of dozens of properties within the Betances portfolio. Photo: PropertyShark

Hunt Real Estate Capital and the New York City Housing Authority (NYCHA) have together provided over $200 million in Fannie Mae financing to facilitate the acquisition and renovation of a portfolio of multifamily properties throughout Mott Haven, in the Bronx, according to property records filed today with the New York City Department of Finance.

Hunt provided two Fannie Mae mortgages, totaling $120.6 million, while the New York City Housing Authority (NYCHA) was responsible for just over $79 million, also across two Fannie loans, records show. MDG Design + Construction is the borrower, operating under the entity Betances RAD LLC, and also in a joint venture with Wavecrest Management—called RDC Development. The seller could not immediately be gleaned.

The portfolio has been referred to as the Betances NYCHA Rental Assistance Demonstration (RAD) portfolio by Hunt. It comprises 39 multifamily properties and one community center building located in Mott Haven. There are 1,088 units of existing NYCHA units within the portfolio, which will be converted through both the RAD and Section 18 disposition programs deployed by the U.S. Department of Housing and Urban Development (HUD).

Authorized under the Fiscal Year 2012 HUD appropriations act, the RAD program allows public housing agencies—and owners of other properties receiving HUD assistance—to convert units to  project-based Section 8 contracts by utilizing public and private debt to reinvest in and improve public housing stock, HUD’s website details. The program shifts units into the Section 8 platform and under a long-term contract that must be renewed, by law, ensuring they remain affordable to low-income households. Residents continue to pay 30 percent of their income towards the rent while maintaining the same basic rights they possessed in the public housing program.

As per HUD’s website, Section 18 of the U.S. Housing Act of 1937, under disposition and demolition, states that in any five-year period, a public housing authority may not demolish more than the lesser of five dwelling units, or five percent of the total public housing dwelling units owned by the entity. This may only happen if the space that was occupied by the demolished unit will be used to meet the needs of the residents of the public housing development, or because the demolished unit was beyond repair.

“[The portfolio’s] … public housing units will be converted to project-based Section 8 housing with a 20-year [Housing Assistance Payments (HAP)] contract in-place at closing for 100 percent of the units,” Joshua Reiss, a vice president at Hunt, said in a prepared statement. “With the new financing, the portfolio will undergo a significant rehabilitation over a 24-month period after closing with a total construction contract amount of $109 million.”

The buildings, constructed between 1906 and 1974, comprise studios as well as one-, two-, three-bedroom, four- and five-bedroom layouts, according to information from Hunt.

Following the conversion of the units out of public housing, residents will receive rental subsidies through two, 20-year project-based Section-8 voucher contracts. The conversion will not impact the affordability status of existing residents, according to Hunt. Of the Section-8 voucher contracts, one covers 738 units under the RAD program, while the second covers 350 units under the Section 18 HUD program.

“By converting through the RAD program, the property receives two 20-year project-based rental assistance contracts, thereby preserving affordability for the next 40 years,” Reiss said in prepared remarks. “Working with Fannie Mae to finance this property enables us to leverage our collective strengths to rehabilitate high-quality affordable housing where it is much needed.”

The two-year renovation of the properties will include the replacement of all flooring within the units, kitchen cabinets, bathroom vanities and tub enclosures, according to Hunt. It will take approximately four-days to complete each unit.

“We are excited about the new financing method created specifically for Betances Houses, but that can be recreated across New York City to preserve more affordable housing,” Matthew Rooney, CEO of MDG Design + Construction told CO in a statement via email. “We believe so strongly in the success of this project and our ability to make this a replicable model, that MDG did not collect a developer fee and RDC, our joint venture with Wavecrest Management, has $16.5M equity in the project. We look forward to using our expertise in RAD conversions, occupied renovations, and excellent management to change the homes and lives of residents.”

Officials at MDG could not immediately be reached.