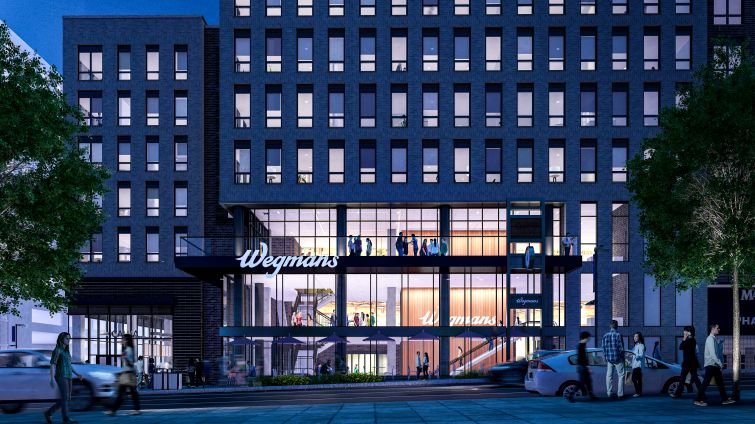 Brookfield Properties is building a new $1.4 billion mixed-use development called Halley Rise that will pave the way for the transformation of a 36-acre office park in Reston, Va., per a release from the developer today. Halley Rise will feature 3.5 million square feet of new housing, retail, offices and public green spaces.

Ric Clark, a senior managing partner at Brookfield, said in prepared remarks that the development exemplifies the firm’s “placemaking strategy” that incorporates “best-in-class mixed-use design, walkable streets flanked by dynamic retail [and] diverse public spaces activated with events and culture,” in addition to infrastructure improvements in the area.

Brookfield partnered with Blackstone Group in 2006 to purchase real estate investment trust Trizec Properties and mutual fund corporation Trizec Canada in a transaction that was valued at approximately $9 billion, according to a Brookfield spokesman. The deal included the acquisition of the office park, formerly known as Reston Crescent, which is comprised of two six-story buildings at 12000 Sunrise Valley Drive and 12018 Sunrise Valley Drive.

The first phase will feature 640 residential units, 450,000 square feet for offices, 200,000 square feet of retail and nearly five acres of park space. That includes “much-needed market and workforce housing units,” Catherine Hudgins, a Fairfax County supervisor, said in the release. Construction is slated to begin in mid-2019 and be completed by 2022.

The first phase is also slated to bring the first Wegmans to Reston, which will anchor Halley Rise’s retail. The grocer signed a 20-lease for 80,000 square feet last month, according to the Brookfield spokesman, who would not disclose the asking rent at the new development.

“We’re proud to continue our growth in Northern Virginia and be part of this exciting project in Reston,” Ralph Uttaro, a senior vice president at Wegmans, said in a prepared statement. Brookfield was represented in the transaction by Bradley Buslik and David Ward of H&R Retail, who did not return Commercial Observer’s request for comment. Wegmans was represented in-house, according to the release.

When fully completed in 2026, Halley Rise will have 1,500 residential units, 1.5 million square feet of office space, 250,000 square feet of retail and five acres of public open space, according to the release. As part of the project, Brookfield will make improvements to the broader Reston area including replacing streets, a mile of new sewer lines and traffic signals.