Alicia Glen, the Mayor’s Housing and Economic Development Czar, Plans to Step Down 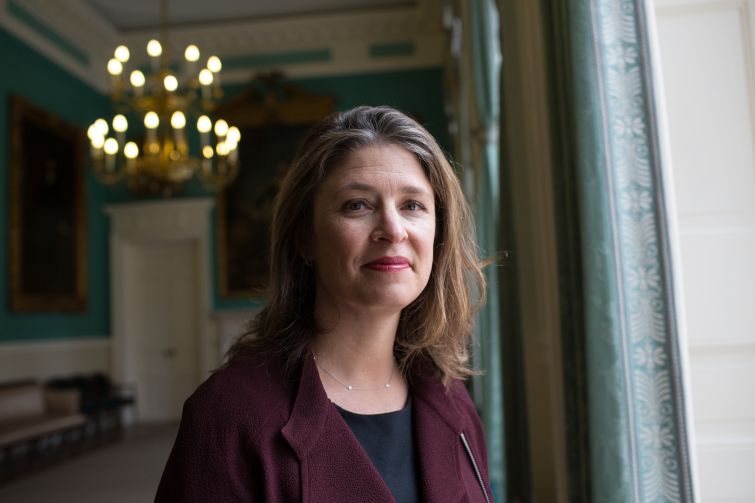 Alicia Glen is stepping down from her post as deputy mayor of housing and economic development after five years. Photo: Aaron Adler for Commercial Observer

In her five years on the job, she helped put together a subsidy deal that drew Amazon to New York City, negotiated the financing and zoning for a new tech hub in Union Square, and spearheaded the rezonings of Midtown East and the Garment District. The Wall Street Journal broke the news of her departure. She didn’t tell the paper what she planned to do next, but she does plan to stay on for several months while the administration searches for a successor.

“Working for NYC & @NYCMayor has been the greatest honor of my life,” Glen tweeted today. “Moving on next year is the toughest choice I’ve made. I’m a get-s***-done person—and we got it done from affordable housing to ferries to HQ2 to http://women.nyc . Thank you NYC!”

Under her guidance, the de Blasio administration is also on track to meet its goal of building and preserving 300,000 affordable apartments by 2026—one of its signature efforts. So far, the city has financed the construction of 34,823 apartments and helped preserve another 76,345 units,  according to the city’s Department of Housing Preservation and Development. However, many critics and housing activists argue the mayor’s plan doesn’t create enough units for the city’s poorest tenants.

“Deputy Mayor Glen has been a crucial member of our administration since the very beginning, the mayor said in a statement. “She has made this city stronger and more fair. From building and protecting more affordable homes than at any point in our history to growing New York City’s tech sector to fighting for women in the workplace, she has opened doors for New Yorkers of every background. I thank her for her work and look forward to continuing to work with the many talented people she has recruited to public service.”

Despite her successes, Glen also oversaw the New York City Housing Authority (NYCHA), where tenants have faced widespread heat and hot water outages, lead paint on the walls that lead to high lead levels in children, and mold, among other issues. The agency, which houses 400,000 New Yorkers across 2,400 buildings, has struggled to correct decades of mismanagement and fix up its aging apartment blocks. The federal Department of Housing and Urban Development has been considering taking over NYCHA. The U.S. Attorney’s office in Manhattan filed a lawsuit against the agency earlier this year accusing city public housing officials of systematic mismanagement and an extensive cover-up of NYCHA’s failure to conduct lead paint inspections.

Glen and the mayor unveiled a plan last week to develop more market-rate apartments on unused NYCHA land and lease the agency’s buildings to developers, who would help manage and renovate some of the city’s aging public housing stock. It’s expected to fund $24 billion in repairs over 10 years.

Even though she faced criticism from progressive activists, the real estate and business communities saw Glen as an ally.

“Everyone felt that the rhetoric that surrounded the de Blasio campaign was one that was going to make the real-estate community feel marginalized,” said Mary Ann Tighe, the chief executive for CBRE’s tri-state region, in an interview with the Journal. But she called Glen a “sharp deal maker.”