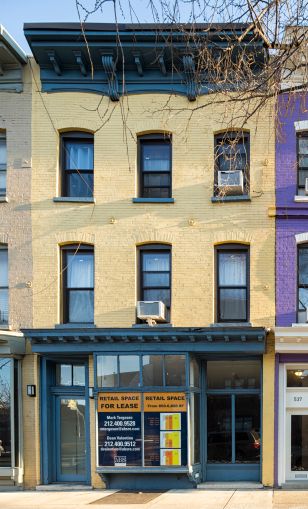 The nonprofit inked a 10-year lease for space in Thor Equities’ 535 Atlantic Avenue mixed-use building between Third and Fourth Avenues, a spokesman for the landlord said. Asking rent was $70 per square foot.

Joseph Sitt, the chairman of Thor, said in a statement that 535 Atlantic Avenue was “the ideal location to serve Boerum Hill and the surrounding neighborhoods including Fort Greene, Cobble Hill and Downtown Brooklyn.”

Stefan Martin of Capital Real Estate Advisors brokered the deal for Woman With Voices while Thor’s Sam Sabin handled it in-house for the landlord. Martin could not be reached for comment.

Women With Voices started in March and hosted workshops at various locations around the city since, according to its founder, Cloé Luv. The nonprofit plans to hosts workshops, networking events and counseling sessions at the storefront, which will open in the spring of next year. There will also be offices there for Women With Voices employees, a spokesman for Thor said.

“Now that we have a location the amount of support that we can offer will increase significantly,” Luv wrote in an email.

The building at 535 Atlantic Avenue is part of nine residential properties at 525-541 Atlantic Avenue which Thor bought for $23 million in 2013, as CO previously reported. Other retail tenants in the portfolio include virtual reality arcade YokeyPokey, St. Gambrinus Beer Shoppe and Nunu Chocolates.