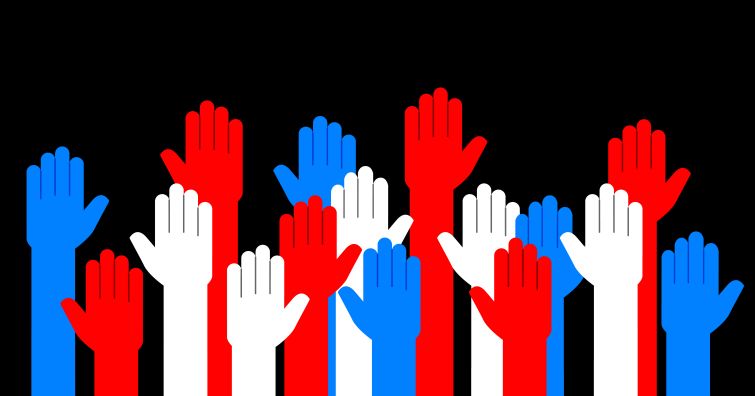 Midterm elections are on November 6, with several competitive races that could shift the balance of power in Congress. Getty Images

As Democrats face off on several competitive House and Senate races in the midterm elections, there is a chance they could seize control of Congress and push through an agenda that prioritizes infrastructure and tax reform, shaking up real estate markets nationwide and in pricey cities like Washington, D.C., New York and Los Angeles.

A group of Democratic legislators are already aiming to repeal and replace the $1.5 trillion Republican tax plan signed into law by President Donald Trump in December of 2017. That would probably mean higher corporate tax rates and a reversal of Trump’s tax cuts for the wealthy.

California Democratic Senator Kamala Harris announced a plan earlier this month that would give cash to low-income families—up to $3,000 a year for individuals and up to $6,000 a year for couples. The policy, known as the LIFT the Middle Class Act, could help move 9 million people out of poverty—at an estimated cost of $2.7 trillion over the next decade. Harris’s office told Politico that she would finance the plan “in part by repealing the parts of the Tax Cuts and Jobs Act that benefit people earning more than $100,000. She would also impose a new bank tax on institutions with more than $50 billion in assets.”

Sen. Sherrod Brown of Ohio and Rep. Ro Khanna of California unveiled a similarly ambitious tax plan a year ago that called for doubling and expanding the earned income tax credit, delivering additional cash to 47 million working and middle class households. However, it would cost $1.4 trillion over ten years, according to the Center for Budget and Policy Priorities. The expanded tax credit would also likely come at the cost of higher taxes for folks in the top income brackets and for large corporations.

Similarly, Democratic Rep. John Delaney of Maryland has argued for increasing the corporate tax rate from 21 to 23 percent and for using the extra $200 billion generated to pay for infrastructure improvements. And with Cook Political Report predicting a Democratic gain of 30 to 40 seats in the House, some of these policy proposals could see the light of day.

“There’s a very good chance that the house will become Democratic and that the Senate will remain Republican,” predicted longtime Democratic political consultant Hank Sheinkopf, noting that the Dems could lose some pivotal Senate seats in Indiana and North Dakota on Nov. 6. “The places to watch are New York, California, New Jersey and Florida. If there’s going to be a democratic victory in the house it’s coming out of those states.”

With all of that in mind, here are some of the most competitive House and Senate races that could shift the balance in Congress and impact the real estate and construction industries:

First-term Republican Representative John Faso is facing a significant challenge from Democratic attorney Antonio Delgado in his Hudson Valley district. Cook Political Report currently rates the race as a toss-up, with a newly released Monmouth University poll showing Faso ahead 49 percent to Delgado’s 44 percent. The race is also one of the most expensive in the country, with campaign spending from candidates and outside groups exceeding $23 million, according to the Center for Responsive Politics. Although Faso is a moderate Republican on many issues, he separated himself from his party by voting against Trump’s tax reform plan last December.

Sheinkopf noted that it was now-Senator Kirsten Gillibrand’s former district, and parts of it are conservative while others are quite liberal. He also wondered whether “a guy named Delgado can beat a guy named Faso” in the largely white, upstate district that stretches across the Catskills and includes areas near Poughkeepsie, Albany and Schenectady.

Republican Rep. Barbara Comstock, who represents a swath of northern Virginia counties stretching from Winchester to McLean, is trailing her Democratic challenger State Sen. Jennifer Wexton by several points in the latest polls. Hillary Clinton won the increasingly liberal outer-suburban district in the 2016 presidential election. So Comstock, who has held the seat since 2014, has been trying to distance herself from Trump. In an interview with WTOP this week, Comstock emphasized that she has voted to cut regulations for businesses and will continue to push for “tax cuts 2.0” if re-elected.

After fighting off federal corruption charges in January, New Jersey Senator Bob Menendez leads his Republican opponent, former pharmaceutical CEO Bob Hugin, by just five points in a deeply blue state. A Republican hasn’t held a U.S. Senate seat in New Jersey in 46 years, and President Trump lost the state to Hillary Clinton by 14 points. Still, Cook Political Report moved the race to “toss-up” last week. This latest poll reported that 53 percent of the state’s voters have an unfavorable opinion of Menendez, who was appointed to his seat by Gov. Jon Corzine in 2006. The two-term senator accepted gifts and trips from a major donor in exchange for political favors, and the U.S. Department of Justice charged him with bribery and fraud in 2015. Following a two-month-long trial, a federal jury was deadlocked, and a judge declared a mistrial in November 2017. Then in January, Menendez was acquitted on seven of the 18 charges and the feds dismissed the rest.

Menendez is also facing $20 to $30 million worth of negative attack ads from Hugin that allege he patronized underage prostitutes in the Dominican Republic, although the FBI investigated those claims and could not find definitive proof. With all the strikes against him, it’s not clear how many voters will “choke down their reluctance and vote for Menendez,” as the New Jersey Star-Ledger editorial board suggested in its endorsement last week. But if he’s re-elected, he could use whatever political capital he has left to push for funding for the Gateway Tunnel project for a new rail tunnel beneath the Hudson River. It has received just $540 million in federal money and is expected to cost $30 billion.

Republican Rep. Carlos Curbelo has represented this Democratic-leaning south Florida district since 2015. Race-watchers suspect the moderate Republican may lose his seat as a blue wave sweeps across the state, especially in a 70 percent Latino district that Hillary Clinton won by 16 points in 2016. He voted for the failed Trumpcare legislation and the Republican tax bill, and he’s tried to take the middle road on immigration by pushing for narrow legislative fixes for young unauthorized immigrants known as DREAMers (but the legislation ultimately failed). His challenger, nonprofit director Debbie Mucarsel-Powell, is currently beating him in the polls by a single point, 45 to 44 percent. She recently told The New York Times that she decided to run after he voted to repeal Obamacare in a district with one of the highest numbers of enrollees in the country.

Political newcomer and former nonprofit executive Katie Hill is giving second-term Republican Rep. Steve Knight a run for his money in this north Los Angeles County district. The race is also shaping up to be one of the country’s costliest: Hill raised $7.3 million to Knight’s $2.3 million, per the Center for Responsive Politics. Former Mayor Michael Bloomberg also spent $5.1 million on ads for Hill via his Independence USA PAC. The area, which includes the Antelope and Santa Clarita valleys, has long been “reliably Republican,” but Clinton won the district with just over 50 percent of the vote in 2016, the Sacramento Bee noted.