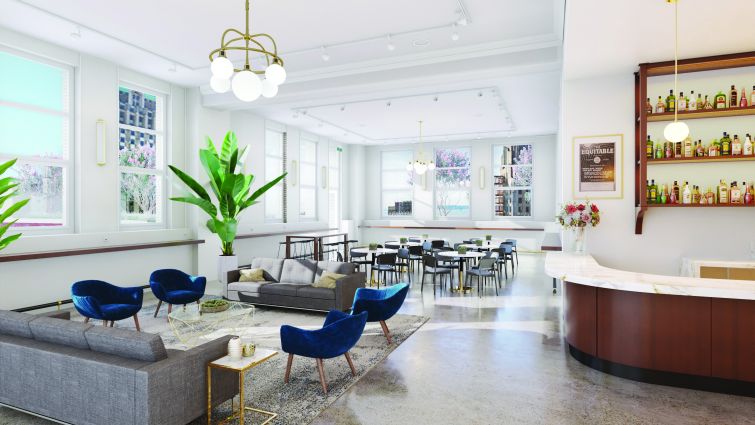 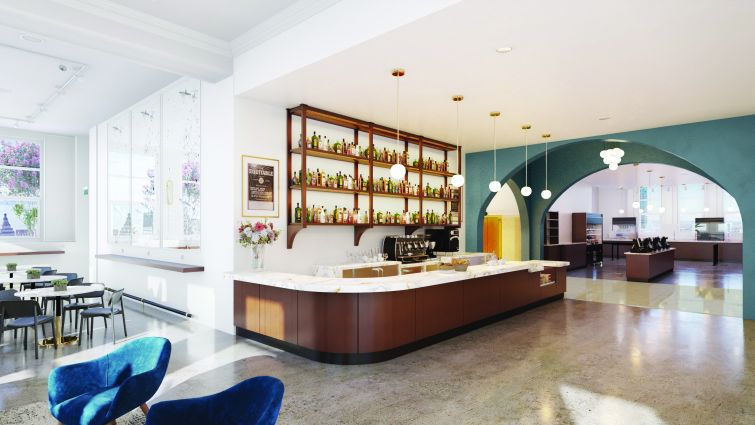 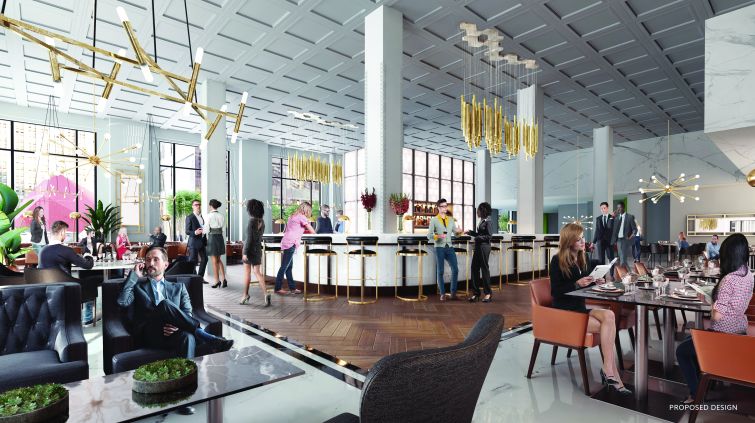 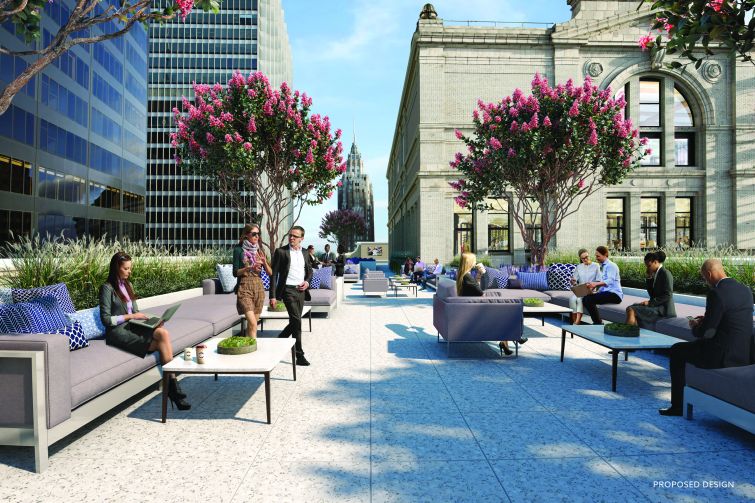 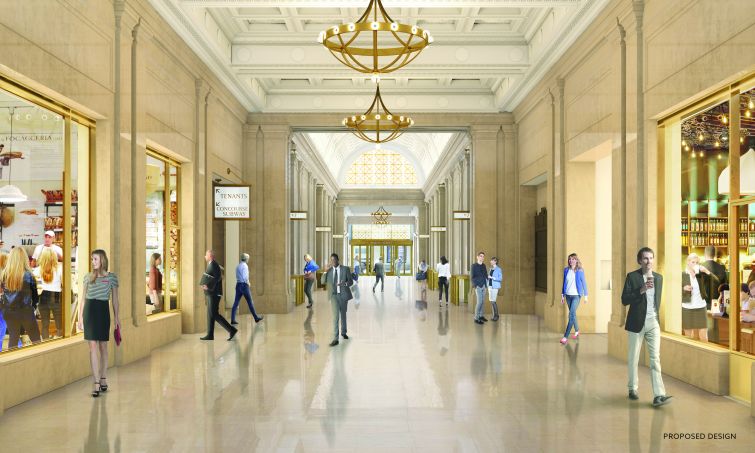 Rendering of the renovated interior of 120 Broadway. Photo: Silverstein Properties 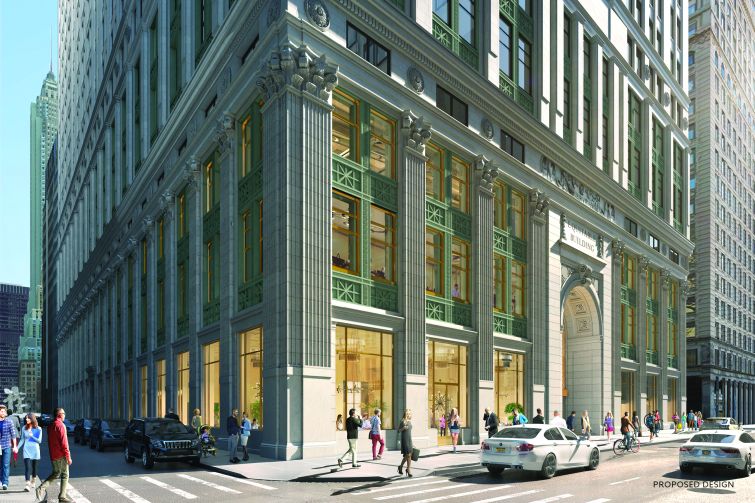 Rendering of the renovated facade of 120 Broadway. Photo: Silverstein Properties

Rendering of the renovated facade of 120 Broadway. Photo: Silverstein Properties
Previous Next

In pursuing a $50 million renovation of the Equitable Building at 120 Broadway that it launched this past spring, Silverstein Properties has sought to uncover and restore elements of the iconic 103-year-old Financial District skyscraper’s storied past.

For instance, it is stripping away the hulking, green marble slab that covered the archway of the building’s main Broadway entrance and replacing it with an elegant glass mosaic akin to one that adorned the entryway many decades ago—a classic-yet-contemporary touch that will enable natural light to flood into the lobby. Silverstein is also working with lighting designer Rambusch Lighting to recreate the original chandeliers that used to hang in the lobby, bringing to life another elegant marker of the building’s past.

But perhaps no facet of the Beyer Blinder Belle-designed repositioning more strongly harkens to the Equitable Building’s origins than Silverstein’s decision to bring back the Bankers Club. A private dining lounge which occupied the tower’s top three (38th through 40th) floors until closing in 1979, the Bankers Club epitomized the building’s status as a place for New York’s Wall Street and political elite to meet and socialize; among the dignitaries who dined at the club were none other than Winston Churchill, Charles de Gaulle, Nikita Khrushchev and Queen Elizabeth II.

But while the original Bankers Club was a private, members-only affair meant to provide patrons with a quiet environment to dine and conversate, the new iteration is something differently entirely: a vibrant amenity space on the tower’s 40th floor (revealed for the first time via renderings provided exclusively to Commercial Observer) that will be open to all of 120 Broadway’s tenants.

“This was an opportunity to execute an amenity space by reimagining the Bankers Club and putting a modern spin on it to meet the needs of modern tenants,” AJ Arlauckas, a vice president of asset management for Silverstein, told CO, adding that the landlord was looking for “more club, less bankers” in bringing the Bankers Club back to life. “We didn’t want to create that quiet, stuffy environment that was in mind in the early 1990s; we want it to be relevant with today’s workplace.”

So Silverstein has tapped Great Performances—the Liz Neumark-led catering company known for its work at Jazz at Lincoln Center, the Apollo Theater and the Plaza Hotel—as the venue’s on-site food and beverage operator. Arlauckas said the Bankers Club’s culinary offerings will revolve around a food hall with “seasonal and permanent food stations” featuring fare from James Beard Foundation executive chefs, as well as a “grab-and-go cafe that will convert into a cocktail bar in the evenings.”

Besides the 6,300-square-foot indoor food hall and lounge space itself, tenants at 120 Broadway will also have access to two twin rooftop terraces (designed by landscape architecture firm MPFP) spanning a combined 5,500 square feet and featuring views of the surrounding Manhattan skyline from 555 feet in the air.

“Usually, the top [floor] of the building is assigned to the highest-paying tenant,” Arlauckas said. “We’re turning that upside-down and offering the best views in the building to all of the tenants in the building.” The project is slated for completion in May 2019.