Mountain Multi: The Struggle for Affordable Housing in Appalachia 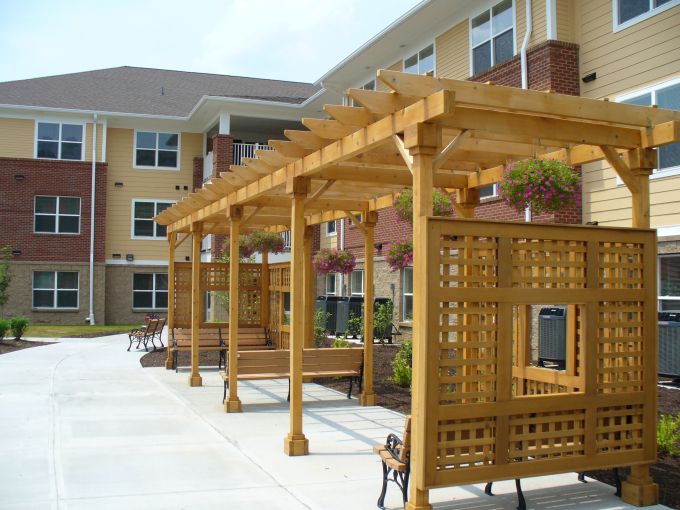 Boodry Place in Morehead, Ky., has been full since it was completed, but getting the funding for it was a struggle. Photo: Frontier Housing

Life in rural Appalachia can be hard.

With harsh climates, lack of public transportation and dwindling tobacco farming, coal mining and manufacturing jobs, it can be a struggle to pay the bills and keep up homes. Residents of the region—which stretches from Ohio to North Carolina—need a certain amount of “resilience and determination” to survive, said Stephanie McCullough, who works for the nonprofit Community Housing Coalition in Marshall, N.C.

“Appalachia is just different. It’s a different feel,” said McCullough. “We got a much larger rural desire.”

What that means for multifamily housing is likewise different than the rest of the country.

The region—which has incomes 40 percent lower than the national average—has crumbling homes in needs of repair, few rental properties and a huge need for more affordable housing. Many apartments in Marshall are kept vacant for Airbnb rentals, which drove rents up from about $500 to $900 a month, and the costs of lands and homes are also rising as residents of nearby Asheville, N.C., move in, according to McCullough.

“We’re just seeing people spreading up that have deeper pockets,” she said. “Us little folks who live and work in Madison County, we don’t have the wages.”

Middle Appalachia’s need for affordable housing led Freddie Mac to focus on the region as one of the first markets in a new program aimed to spur investment activity in underserved places around the country, dubbed Duty to Serve. The program—which Fannie Mae is also involved with—sets a three-year framework to build more affordable housing, preserve current ones and increase tax debt equity investment.

“We have activities in all those categories across all those markets,” said Corey Aber, the director of Freddie Mac’s community mission and impact finance team. “We do have a pretty ambitious agenda to better understand the markets.”

A spokesman for Fannie Mae did not respond to a request for comment.

As part of the program, Freddie Mac plans to release a series of white papers on the overall housing market in these regions and several other topics to increase investors’ knowledge about the areas. It published its first two last month focusing on multifamily housing markets in Appalachia and tribal lands across the country.

“These are truly underserved areas and we wanted to make it clear what the housing market looks like,” said Steve Guggenmos, the vice president of multifamily research and modeling at Freddie Mac. “There’s not a lot of people in the industry who do a lot of thinking about rural multifamily.”

One of the white papers found that rental units in Appalachia, especially multifamily ones, are rare and represent a small fraction of the housing market. However, a high percentage of renters rely on subsidies to survive.

Of the 5.4 million residents in middle Appalachia, only 26.7 percent rent, compared to 36.4 percent nationwide. Only 16.7 percent of the renters are in multifamily units, compared to 42.6 nationally.

Many of them live in what Freddie Mac considers “other forms” of housing like RVs, houseboats and manufactured homes, according to Aber.

While the report found that the need for more affordable housing is great in Appalachia, it can be a struggle to get any projects off the ground.

Costs to build developments in Appalachia are not far off from the rest of the country and, paired with lower income of residents and potential rents, can scare off investors from the region, according to Guggenmos.

“[Investors] look at how much it costs to build and then they look at what the rents would produce and it just doesn’t pencil out,” he said. “It’s not driven by not wanting to be there, it’s driven by if there’s an opportunity. And it’s really hard to make those economics work.”

The high price to build projects starts with the geography of the region. The steep, mountainous slopes of many spots make it pricey to get the ground ready to install the foundation and it often needs septic systems and water lines built for the homes, according to McCullough.

“It’s money—lots of money—involved,” she said. “It’s not just propping [up] the house.”

The multifamily market also relies more heavily on the federal Low-Income Housing Tax Credit (LIHTC) than other spots in the country but gets relatively few allocations.

The U.S. Department of Housing and Urban Development issues the tax credits to buy, rehab or build affordable rental houses but only allocates a certain amount to each state per year. The rural Appalachia region generally only gets about 25 out of the 1,350 properties in the program annually, according to Aber.

Even if they get LIHTC credits, it’s often not enough to cover the cost and keep a low debt load for projects in the area, like in the case of Boodry Place in Morehead, Ky.

Frontier Housing’s 32-unit Boodry Place finished in 2008 and is aimed to target seniors and families with children with disabilities that make 60 percent below the area median income, according to the report.

Because of this, Frontier needed to keep a low debt load to break even on the $4 million project but only got $3.28 million in tax credit equity, so struggled to find other subsidies to make up the difference, according to the white paper.

A spokeswoman for Frontier declined to comment for this story.

And while finding affordable multifamily housing in rural Appalachia can be a struggle, it can be nearly impossible in Freddie Mac’s other Duty to Serve focus: tribal land.

“A lot of these homes are still from the 1930s and 1960s and they were built with poor materials,” said Glynn. “Most people think these kinds of conditions don’t exist in this country.”

The report found that homelessness is a widespread issue for tribal members and Glynn said she knows of tribes with waitlists of 15 to 40 families waiting for homes.

In addition to the other hurdles keeping investors away from rural Appalachia, investing in the Indian Areas also means approvals from a tribal council, according to Aber.

“It’s a market that’s maybe even less understood,” he said. “Understanding of the market and investment of the market can go hand in hand. It’s harder to attract investors who are not familiar with the markets.”

Despite this, Freddie Mac was able to seal its first loan on indigenous land in September with $22 million for Indianapolis-based TWG Development to build a multifamily complex on Kalispel Indians land near Usk, Wash., as Commercial Observer previously reported.

Glynn added it’s started to become easier for Travois to find investors as well compared to when it started 25 years ago, and it’s become a shorter process to fund projects on tribal land.

“It takes a while to help investors understand these deals,” she said. “They do look a little bit different, but they make an incredible impact and they’re worth all the headaches.”