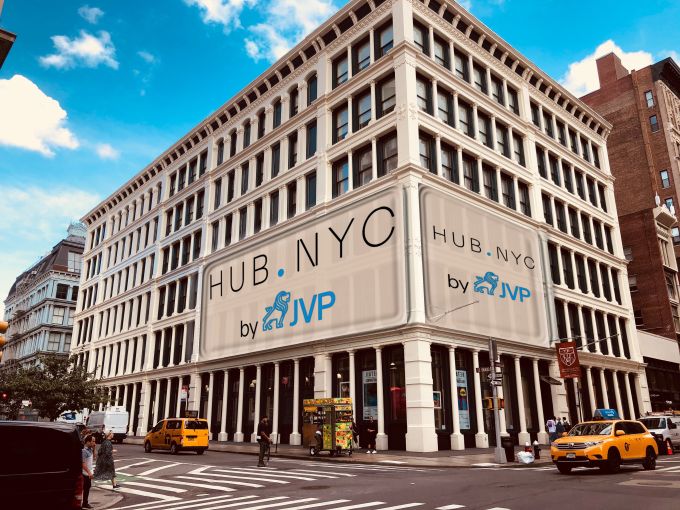 A rendering of the signage for Jerusalem Venture Partners' cybersecurity hub at 462 Broadway. Image: NYC EDC

The 16-year-old company, which invests in startups, inked a 10-year, 26,400-square-foot deal in the landmarked cast-iron building between Grand and Broome Streets, according to information from the landlord. In the second quarter of 2019, JVP will move into part of the building’s ground floor and the entire second and third floors in the southern portion of the property. Asking rent in the deal wasn’t disclosed.

The New York City Economic Development Corporation tapped JVP last month to lead the city’s first cybersecurity investment hub, the agency announced last month. The 50,000-square-foot space at 462 Broadway will support early-stage startups, “facilitating access to clients, business support and investment, with the goal of growing them into major cybersecurity companies,” per the press release. Columbia University will offer mentorship and training in the space, and New York University and Cornell University will also be involved as partners.

Jason Vacker, the president and CEO of Meringoff Properties, represented ownership in-house, and the tenant didn’t have a broker.

“We made a commitment to the highest quality restoration of this property, and now it’s paying dividends,” Vacker said in prepared remarks.