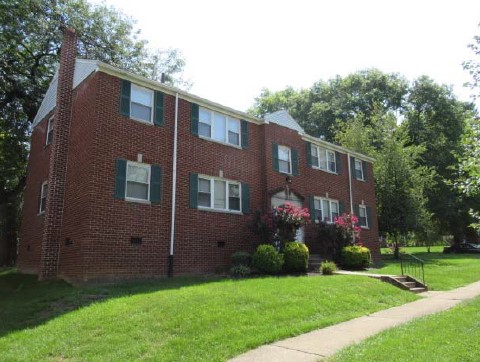 One of the properties covered by the refinance. Credit: Hunt Real Estate Capital

The loans have a 12-year term, 11.5-year yield maintenance and 30-year amortization. All of the loans carried green rewards pricing provided through planned water conservation upgrades.

James Conley of HFF in Philadelphia represented the sponsor in the deal.

“These loans were rate locked at application in early August under the Fannie Mae streamlined rate lock program,” Bryan Cullen, a managing director at Hunt Real Estate Capital said. “The sponsor was extremely rate sensitive and to achieve his target we needed to close in just 45 days.

“Interestingly, we locked the loans at a total of $33.9 million but, with the delivery tolerance built into the sale of the securities, we could move the loan amount up or down up to  5 percent without penalty before funding,” Cullen continued. “In this case improved operations and strong appraisals allowed us to up the dollars by 4 percent.”

The four properties range from 77 units to 161 units and were built in the 1950s and 1960s. Proceeds from each of the loans will be used to implement a variety of internal and external improvements, including green upgrades.

Reading is 65 miles northwest of Philadelphia’s central business district. With its manufacturing-heavy economy gaining traction, the metro area has entered late-cycle expansion, according to information provided by Hunt.

Officials at Metropolitan Management could not immediately be reached for comment.