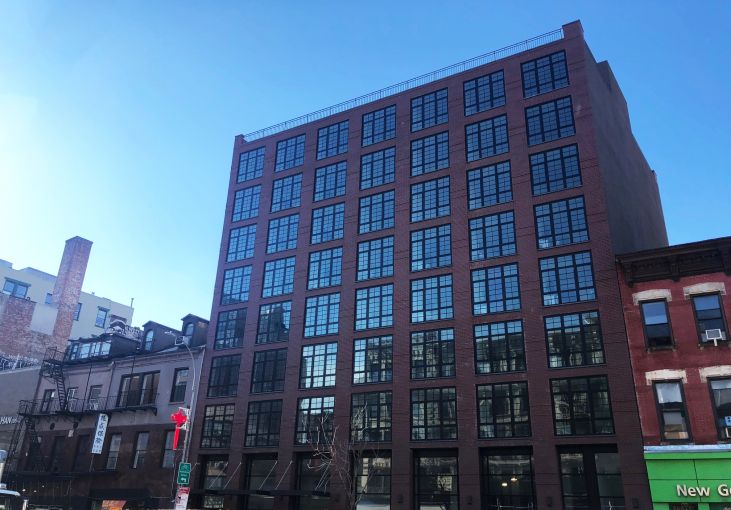 The new building on The Bowery. Photo: Emerald Creek Capital

The developer, Emmut Properties chief John Young, has finished construction on the new 44,000-square-foot building at 138 Bowery between Grand and Broome Streets. Previous construction financing, totaling just over $27 million, came from HSBC, property records show. The new mortgage from Emerald Creek also counts the older commercial building next door, 136 Bowery, as collateral, according to Mark Bahiri, a co-founder of the portfolio lending company.

“We like this neighborhood very much,” Bahiri said. “It has strong fundamentals, and boutique hospitality is in great need in this area.”

A smattering of independently branded lodgings have sprung up on the Lower East Side in recent years, but mostly south and east of the new Emmut project. Newcomers clustered within a two-block radius of Essex and Allen Streets include The Ludlow Hotel, Hotel Indigo Lower East Side and Sixty LES. The Bowery Hotel, by contrast, is half a mile north on the far side of Houston Street.

The eight-story building will include market-rate rentals on floors six through eight in addition to 46 hotel rooms on floors three through five, with retail space on the ground floor, according to Bahiri and New York City Department of Buildings permits. Bahiri said that Emmut had leased the lodging portion of the building to a boutique hotel operator for 20 years, but declined to identify the company because the information hasn’t yet been made public.