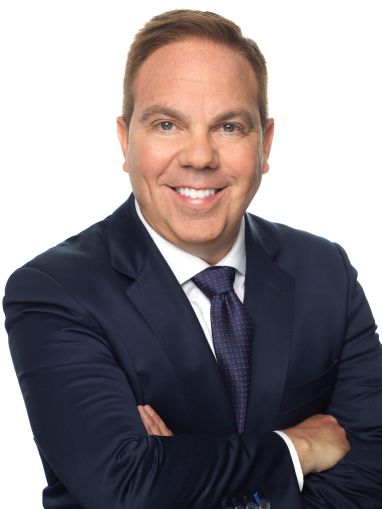 When Craig Deitelzweig was a teenager, he worked the midnight shift as a doorman in a New York City residential rental building during holidays and breaks from school.

Developer David Walentas, the founder of Brooklyn-based Two Trees, lived in that building and frequent encounters made a distinct impression. “I really became impressed by him and how he could change New York,” Deitelzweig, the CEO of New York-based Marx Realty, told Commercial Observer in a recent interview. “I wanted to be part of changing the skyline of the city as well.”

Deitelzweig, 45, remembers Walentas finding him asleep on the job one night after studying, around 2 a.m. “He was standing right over me. He was very nice and said, ‘It looks like maybe you’ve been studying too much for the SATs,’ ” recalled Deitelzweig, who graduated from Tulane University’s A.B. Freeman School of Business and Fordham Law School.

One of Deitelzweig’s first jobs out of law school was as an attorney in the real estate group at the law firm Skadden, Arps, Slate, Meagher & Flom, based in New York City. “Almost everything in real estate is legal in some way—whether it’s a lease or zoning or purchase agreements; understanding those nuances and the risks involved is very helpful,” he said.

Deitelzweig has worked at multiple firms over the past two decades, stacking a real estate deal sheet with acquisitions, asset management and repositioning projects spanning from New York City and Boston to Washington D.C. and Atlanta.

After overseeing a portfolio of office, multifamily and hotel assets for Stamford, Conn.-based Building and Land Technologies, he joined Marx in August 2017.

“Marx was founded 103 years ago so it has a long rich history and was always a pioneer in real estate in so many different ways. And Marx has terrific real estate throughout the country; we’re actually in 16 states,” said Deitelzweig, who’s married with two children, ages 16 and 18, and lives in the Armock area of New York’s Westchester County.

In Manhattan, Marx is currently repositioning a 35-story Art Deco office tower at 708 Third Avenue, rebranded as 10 Grand Central, to feature a seventh-floor hotel-style lounge with a conference and modern kitchen, opening onto an outdoor terrace, as Commercial Observer previously reported.

As part of the firm’s nationwide dealmaking, Deitelzweig has zoned in on Washington, D.C. There, he’s already negotiated three deals in his year and change at Marx including a complex acquisition of 819 7th Street NW. He did other deals in D.C. while working at other New York City companies—as the manger of the office division of Rockrose Development and as the leader of leasing and asset management activities at Ruben Company.

Marx is laser focused on acquiring assets in D.C.’s Central Business District (CBD), Deitelzweig said. “In every market that we’re in, we always look to where the brokers’ offices are located and if you look in D.C., all of them are in CBD, so we like to surround ourselves in that circle.” The area is seeing an influx of a lot of tenants, including premiere law firms, plus new developments, he added.

In a phone interview with CO, Deitelzweig shared more about what makes D.C. special, how he’s transformed buildings in the past and his strategy for the future.

Commercial Observer: How does the D.C. market differ from other cities where you’ve done real estate deals?

Deitelzweig: D.C. has been well ahead of the curve in terms of amenities. For instance, rooftop terraces that are so prevalent in D.C. buildings came into place about 10 years earlier than in New York.

New York right now has just really gotten into the amenity buildup and so it has really helped to see what works in D.C. [so we can bring that vibe to Gotham]. We always try to put a New York sensibility and style in our D.C. projects, too. What we’re working on right now at 10 Grand Central in New York is really marrying hospitality and office in a way that have never been done. And we plan to do that in D.C., too, with our next acquisition.

Are there any specific buildings in D.C. that you think are rich in amenities?

Nothing even close to what we’re doing at 10 Grand Central, but we’ve always tried to create a wonderful experience at all the buildings I’ve worked on in D.C. For instance, at 1776 Eye Street, [Rockrose, where Deitelzweig was working at the time], was among the first firms to build a fitness center that wasn’t in the basement and got natural light. It’s also the first and remains the only building to have a rooftop basketball court. These are just certain ways to make your building stand out and be a more special place for employees and tenants.

Is that part of what contributed to 1776 Eye Street winning multiple design awards in 2015?

In part, that was a repositioning and we put in a glass facade in the very front of the building that went out on the street—it’s really one of the first buildings that has that. It gave a real vibrancy to the lobby itself. We knew the building was a success when we saw tourists taking photos of the lobby because we had these iconic lights fins that were quite dramatic. We always like to create some type of drama in our spaces.

At Rockrose, you helped acquire and renovate 2000 L Street, which was reportedly the largest privately owned renovation in D.C. history. Can you tell us about that project?

We acquired 2000 L and the adjacent building 2001 K [in 2013] in order to get the air rights because K Street is a wider street and we were able to use those air rights to add four floors to 2000 L. That’s what we like to do—think of creative ways to add value. And in that instance, we reskinned the entire building and connected the two buildings as well as created a very dramatic atrium.

Again, it’s all about the tenant experience. Each building is sort of unique and we like to creatively look at the building, figure out what qualities we want to enhance and make the building the best that it can be.

Marx purchased individual floors at 819 7th Street NW until it recently acquired the entire building. Was that the first time Marx has done a purchase that way?

It’s definitely the first time we’ve done it that way. We always look for off-market opportunities and in this particular instance, we realized that we could obtain control of the full building by acquiring one floor at a time. And now that we own the whole building, we’re looking at ways to polish its natural beauty, add value and make it into a true trophy asset.

Have you been surprised by the development of any D.C. neighborhoods as of late?

I would have thought that Dupont Circle would have taken off more in terms of technology tenants. [Marx] has a property at 2200 P Street NW and we’re determining the right strategy for that property. But we know whether it’s residential or office, we will want it to be geared toward the technology sector.

Why the technology sector in particular?

Because Dupont Circle has great transportation and it has the look and feel that technology tenants would want. It also has a strong residential backbone, great retail and restaurants—all things that should attract technology employees to that market.

It seems like a lot of tech companies are also moving to Northern Va. Are you looking at any developments in the suburbs of D.C.?

We are not. We’re solely focused on D.C. itself because we like to be in a supply-constrained neighborhood where there’s wonderful transportation.

D.C. has long been known as a government town. Do you think the city has any other attributes?

Surprisingly, D.C. has a fairly large tech sector that people don’t really realize as much as they should—some of that has stemmed from the government. There are a lot of creative folks who live in D.C. and a large millennial population that’s well educated. Those customers really want a product that is unique, special and has a sense of place.

So, outside of work, what do you like to do?

It’s not going to sound exciting but when I visit other places, I love to see real estate. So when my family goes with me on a trip, it always somehow becomes a business trip. We’re always looking at architecture, museum, hotels, restaurants, clubs and applying that to our real estate.

Are there any cities across the globe that you’re inspired by?