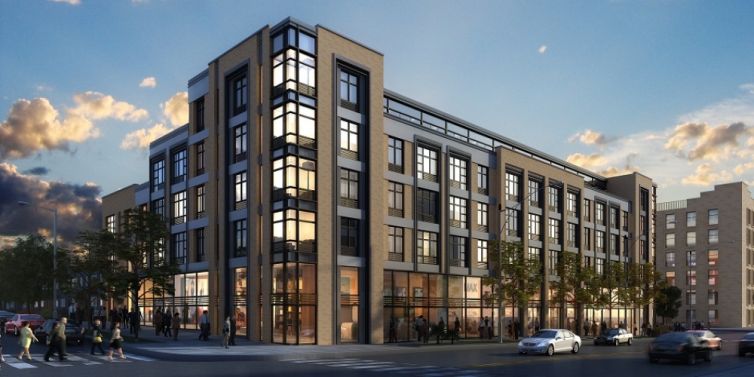 The Aufgang Architects-designed 87,000-square-foot property is 100 percent leased. It sits at the site of a former C-Town supermarket and a Food Emporium will occupy 8,000 square feet of its ground-level retail space, run by the same family that managed the C-Town. Astoria bagel chain New York City Bagel and Coffee House will also open at the site in January, the Astoria Post reported.

Several of its market-rate residences include private terraces and the rooftop houses a garden with views of the Manhattan skyline. Property amenities include a duplex fitness center with outdoor workout space, a rooftop party room with common kitchen, a landscaped courtyard, a pet spa and an indoor parking garage.

The owners and officials at AIG could not immediately be reached for comment. Officials at Cooper-Horowitz declined to comment.