Time to Up Our Game, Brooklyn 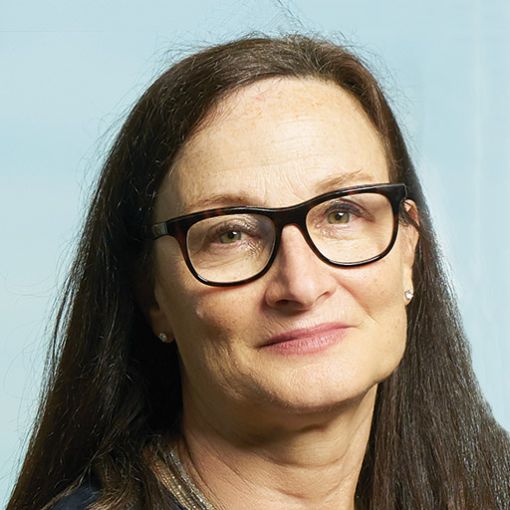 Brooklyn is poised to surpass Chicago in population by 2020, and its downtown needs to keep up. With more than 12,000 residential units and 20 million square feet of occupied office space, the area has truly transformed into a 24/7 community—home to jobs, residents, students, eclectic retail and world-class cultural institutions.

And yet—as we’ve seen from vacancy rates hovering near 3 percent over the past several years—we haven’t lived up to the potential of the 2004 rezoning and its vision for new Class A office space. With access to a talented workforce that many executives across the country could only dream of, there’s simply no excuse for us not to meet the demand.

It’s clear that the city’s most cutting-edge companies want to be here. Seventeen million square feet of office space is already occupied. The Brooklyn Tech Triangle, which comprises Downtown Brooklyn, Dumbo and the Brooklyn Navy Yard, is home to more than 1,350 innovation firms, generating $5.3 billion in economic activity since 2015. In Downtown Brooklyn, the number of innovation firms jumped by 22 percent between 2012 and 2015, while jobs in that sector increased by 103 percent. We hear it all the time: access to such a highly educated, diverse and driven talent pool has proven a major draw for tech and media firms. But until very recently companies that wanted to be here and capitalize on the local talent pool, turned away and had to go to areas like Midtown South and Lower Manhattan because large tech-enabled Class A office space footprints were not available.

To be sure, we’re seeing signs of a critical shift, with several promising ground-up projects on the rise in Downtown Brooklyn, including Tishman Speyer’s Wheeler, JEMB Realty’s One Willoughby Square, and the Rabsky Group’s 625 Fulton. And the City Council’s recent approval of Alloy Development’s 80 Flatbush, which will house Class A space, was another big win.

With its two new schools, 870 apartments—including 200 affordable units—and state-of-the-art office space, 80 Flatbush will capitalize on its transit-rich site, which has been an active commerce center dating back to the completion of the Williamsburg Savings Bank, opened in 1929. Moreover, the proposal is a clear example of how the city can harness the power of private investment to provide desperately needed infrastructure, like its two new public schools—a model which should be applied throughout the city.

While the approval of the Alloy project was largely a success, it’s unfortunate that the process resulted in the loss of some of its proposed Class-A office space. We can’t afford to make that sort of mistake again.

There is reason for concern. Already, Slate’s 570 Fulton Street proposal in Downtown Brooklyn is facing headwinds. Like 80 Flatbush, this project, which includes more than 86,000 square feet of office space, speaks directly to the goals of the original rezoning. Rezoning the site will only increase project’s commercial floor area, while maintaining the residential floor area as currently zoned, allowing the project to fill a major gap in the market by establishing the neighborhood’s first 24/7 live-work space. It’s a no-brainer of a project, and an opportunity to add additional office space that we shouldn’t squander.

If New York City is to stay competitive in a global worldwide marketplace, we have to make sure that as we add residential density—critical to alleviating the ongoing housing crisis—we meet other infrastructure needs too. When downtown effectively becomes the central business district of the nation’s third largest city in two years, it should stack up with any downtown in the country in its ability to house leading companies in a thriving mixed-use environment. Now it’s time to build on our recent successes to make sure that happens.

Regina Myer is the president of the Downtown Brooklyn Partnership.