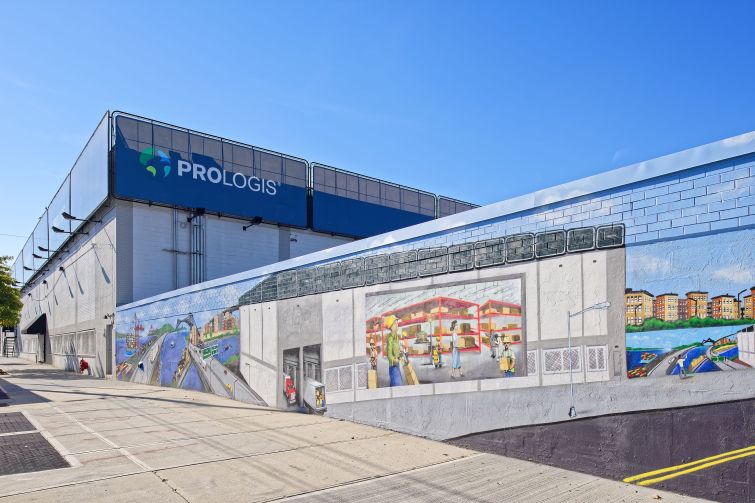 Moghadam said that given the high demand for industrial space, especially within infill markets close to urban settings, caused them to revise their net absorption by 15 percent to 260 million square-feet.

“Demand for well-located logistics real estate is strong, with customers prioritizing proximity to consumers to offset supply chain costs such as labor and transportation,” he said.

Overall, according to official stats, Prologis generated rental revenues of $609 million, compared to $531.2 million from a year ago.

Currently, Southern California is the logistics company’s largest U.S. location, with a tally of 403 buildings totaling 83 million square feet owned or managed. At the end of the reported quarter, occupancy level in the company’s owned and managed portfolio was 97.5 percent, expanding 120 basis points year over year with occupancy of its portfolio in Europe even stronger at 98 percent.

Europe, Moghadam said, remains a bright spot for Prologis, particularly in the U.K. and Paris. “Vacancies are at historic lows. Customer sentiments are improving and escalating replacement costs are driving up rental rates,” he said, adding, “Market rent growth in Europe… may surpass that of the U.S. in 2019.”

Prologis’ share of net effective rent change was 22.6 percent in the July-to-September quarter compared with 20.5 percent recorded a year ago. The figure was led by the U.S. portfolio, which recorded a growth of 30.4 percent.

Thomas Olinger, the chief financial officer, said the $8.5 billion Aug. 22 acquisition of DCT Industrial involved a refinancing of $1.8 billion in debt, which was assumed in the deal at an average interest rate of 2.4 percent in a 13-plus-year term and they were now focused on “realizing the incremental $40 million in future annual value creation from development and revenue synergies.”

Overall leasing volume for Prologis in the third quarter totaled around 37 million square feet with an average lease term of more than five years. Moreover, the company saw increased development.

“So far, this year, we’ve realized $329 million in gains on the monetization gains of development projects,” said Olinger. “This position and contribution activity in the quarter was approximately $460 million,” he said before touching on Prologis’ sale of $1.1 billion in building and land assets to Singapore’s Mapletree Investments on Oct. 2.

“Our share of the proceeds total over $600 million. We expect to close the second phase of this transaction, $170 million by year’s end,” Olinger said.

When asked about the company’s Southern California holdings and the impact on customer demand given looming property tax changes, Prologis executives were undeterred.

“We’d love to buy more real estate in Los Angeles,” Moghadam said, calling it the most dynamic market in the United States. “We love that market.”