Six New Retailers to Open at Mosaic in Fairfax, Va.

Robert Redford’s Sundance will open its first DC-area store at the 2-million-square-foot development. 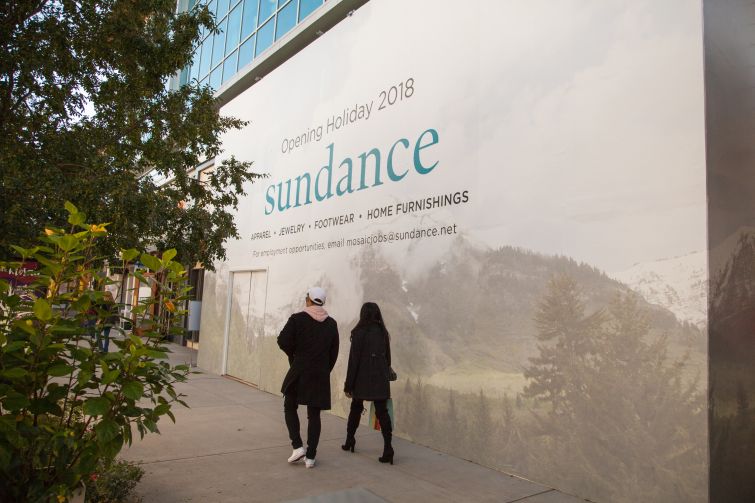 Sundance is opening at Mosaic this fall Photo: Edens

Edens has signed on six new national and local retailers at Mosaic, a development that spans 2 million square feet of retail, restaurant, office, residential and hotel space in Fairfax County, Va., according to a press release from the real estate developer.

“We are continuously innovating for new, discoverable moments to create interesting conversation and lasting memories,” Katie Bucklew, the vice president of development at EDENS, said a prepared statement. Bucklew also announced that the firm has commissioned three artists, including 23-year-old D.C.-based Craig Clinkscales, to create more than 300 feet of murals on three locations around the property located at 8223 Lee Hwy.

“Retail is social, so adding art at Mosaic brings that evolving shopping and dining experience that connects us to our communities,” Bucklew said.

Stationary store Erin Condren will occupy 2,300 square feet at 2905 District Avenue, according to an Edens spokeswoman, who would not share lease details for any of the retailers. This is the store’s second location—the flagship shop is located in Austin.

Sundance, a national retailer started by actor and environmentalist Robert Redford that sells women’s clothing, furniture and home décor, will assume 4,010 square feet at 2910 District Avenue, per the Edens spokeswoman. Mosaic will be the first D.C. area store for Sundance, which has 14 locations across the country.

Both Erin Condren and Sundance are slated to open in November. Neither company responded to Commercial Observer’s request for comment.

MacMillan Whisky Room, which will offer hundreds of whiskeys, specialty tasting and a full-food menu, will take up 1,370 square feet at 2920 District Avenue, according to the Edens spokeswoman. The restaurant’s owner, Derek Anderson, told CO that he signed a 10-year lease for the space in April. He was represented by Constantine Gogos of Papadopoulos Properties, who did not return CO’s request for comment.

Anderson said he chose Mosaic because it has a “large built-in customer base and it’s a popular food and nightlife destination in Northern Virginia.” One of the few things the area is lacking, Anderson said, is an “upscale neighborhood bar,” and he hopes to fill that need when the whisky room opens in spring 2019.

Barnes & Noble, which is expected to open in June 2019, will take up 8,630 square feet at 2921 District Avenue, per the Edens spokeswoman. A Barnes & Noble spokesman told CO that he did could not comment on the store at this time.

Japanese BBQ and soba noodle restaurant RyuKai will occupy 5,820 square feet at 2980 District Avenue, the Edens spokeswoman indicated. RyuKai will have a demonstration kitchen where master soba noodle maker Shuichi Kotani will hold seminars on the art of soba noodle making, per the release. RyuKai is a concept from Edward Wong, who owns several D.C.-area based Asian restaurants. Wong could not be reached for comment.

D.C. restaurateurs Ian Hilton and Eric Hilton’s Parc Bistro will take up 5,100 square feet of space at 8296 Glass Alley, according to the Edens spokeswoman. The brothers, who are known for their concepts Chez Billy Sud, Players Club and The Brixton, did not return CO’s request for comment.

Both RyuKai and Parc Bistro are slated to open in fall 2019.