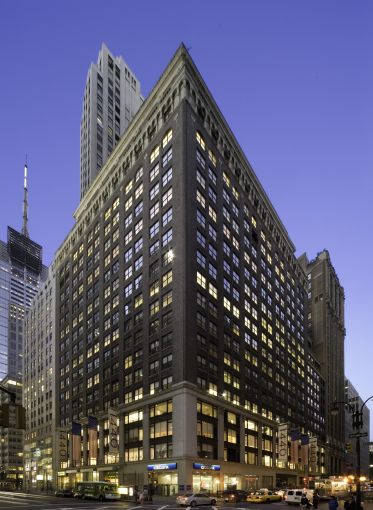 An apparel manufacturer and distributor has subleased office space from Sean ‘Diddy’ Combs at 1440 Broadway in Times Square, Commercial Observer has learned.

Land N Sea Distributing has inked a 33,893-square-foot sublease with Sean Combs Enterprises on the third floor of the 27-story building owned by CIM Group between West 40th and West 41st Streets, according to the brokers on the transaction. The four-year deal will run through October 2022. The asking rent wasn’t provided.

Savills Studley’s Daniel Thompson and Eury Vargas represented Combs Enterprises and declined to comment on the deal through a spokeswoman. Millennium Realty’s Marc Kritzer represented Land N Sea, which is relocating from 1375 Broadway, between West 37th and West 38th Streets.

“The space was larger than what they were looking for, but once I saw this space I knew they would love it,” Kritzker told CO in an email. “It was very high tech with all the extras. It had amazing executive office of P. Diddy and a crazy kitchen. [There] was one showing and they were sold. It pays to know the area, which I focused on for 30 years.”

CIM Group purchased the 748,000-square-foot property from New York REIT for $520 million in December of last year, according to public records.