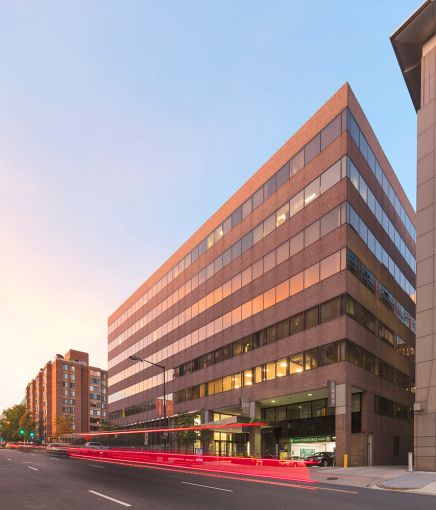 JBG Smith has sold its property at 1233 20th Street NW in Washington D.C.’s central business district to a joint venture between GreenOak Real Estate and MRP Realty for $65 million, according to a press release from HFF, which represented JBG Smith.

The eight-story, 157,000-square-foot office property, known as the Lion Building, is 87 percent leased, according to the release.

JBG purchased the building in July 2012 for $64.7 million from Clarion Partners and Core Plus Properties as part of a plan to build a 256,000-square-foot, 11-story office building that’s expected to deliver next year, according to the Washington Business Journal.

Matt Kelly, CEO of JBG Smith, said in a prepared statement that the Lion Building sell adds to the firm’s progress with their capital recycling goals. Year-to-date, JBG Smith has closed over $549 million of asset sales and recapitalizations, Kelly said, adding that the proceeds will be used to deleverage the firm’s balance sheet and create capacity for future investment opportunities.

Jim Meisel, Andrew Weir, Matt Nicholson, and Dave Baker of HFF represented JBG SMITH in the deal. The brokers did not respond to Commercial Observers request for comment.

GreenOak declined to comment, per a spokesman, while MRP did not respond to CO’s request. According to WBJ, the firms plan renovate and reposition the property as a Class B asset.