How One Developer Is Reconstructing the Times Square Theater 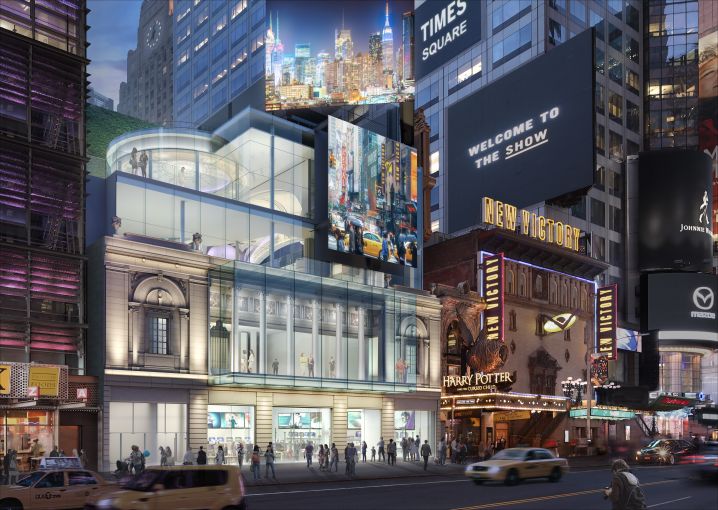 The Times Square Theater is being largely demolished for a new glass retail project, but the developer is preserving the facade and some historic interior elements. Rendering: Stillman Development International 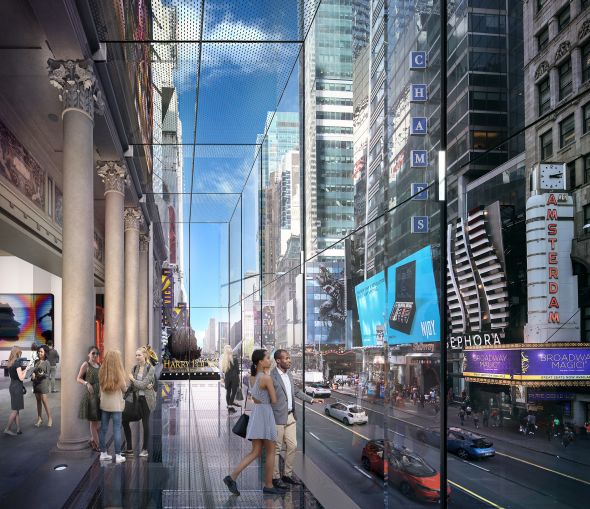 Visitors will be able to walk out over 42nd Street in the new Times Square Theater building. Rendering: Stillman Development International 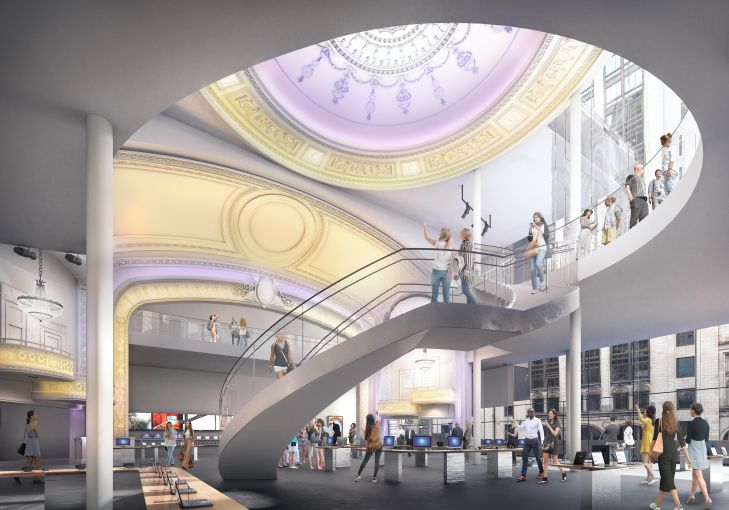 Stillman plans to salvage the proscenium and the arch from the old Times Square Theater and reuse them in it new retail project. Rendering: Stillman Development International 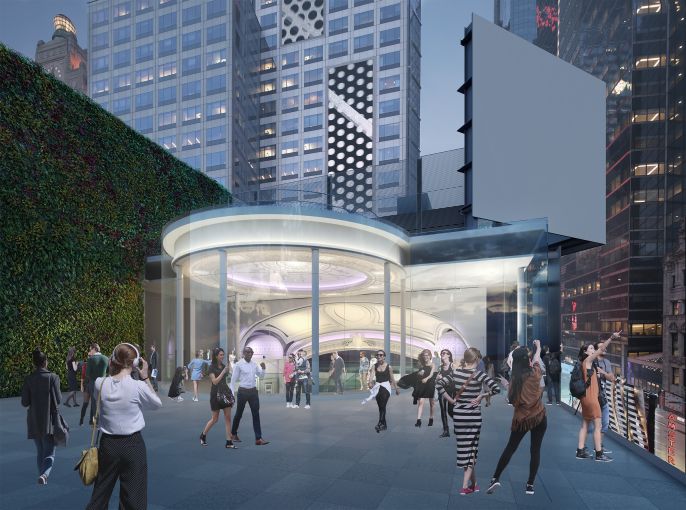 The redeveloped Times Square Theater will have a roof deck for a future retail tenant and its customers. Rendering: Stillman Development International
Previous Next

In order to revamp the historic Times Square Theater, Stillman Development International is demolishing most of the building and jacking it up five feet.

Stillman is teaming up with architecture firm Beyer Blinder Belle and equity partner Daishin Securities to construct a new 50,000-square-foot retail building behind the theater’s limestone facade, at a cost of $100 million. The theater, at 215 West 42nd Street, was built in 1920 and screened its last movie in 1988, two years before the state took over the property in an effort to “clean up” West 42nd Street.

The developer hopes to lease the entirety of the mostly new, four-story structure to a single tenant, ideally a retailer who wants to establish a flagship. It plans to create a unique space by removing the main historic elements of the Times Square Theater, restoring the pieces and incorporating them into the new building. Large, decorative plaster arches that encircle the stage and the ceiling, and opera boxes that flank the stage, will be added to the entirely glass third and fourth floors of the new structure to add a classical touch to an otherwise modern space. The limestone columns on the second floor of the facade will be glassed-in, and shoppers will be able to walk out in the transparent box over West 42nd Street.

During construction, the theater’s ornate, neo-Classical facade will be hydraulically lifted five feet and then severed from the rest of the building. “We’re going to cut behind it and then once it’s free, the facade gets lifted and locked into place with temporary steel,” explained Armen Boyajian, an executive vice president at Stillman. “And then we’re literally going to knock [the building] down.” Elevating the facade allows the developer to create a 20-foot ground floor that will help draw a high-paying retail tenant. Afterwards, they’ll start excavating and constructing a new, steel-framed building.

The plan is to start construction in January 2019 and wrap in 2020, in time for the theater’s 100th anniversary.

Boyajian felt that the project’s unique design would help draw customers from the street and justify the renovation’s lofty price tag.

“They’re going to see and feel that energy of what’s going on on 42nd Street,” he said. “You’ll look up and see the decorative columns and the decorative frieze inside that glass box.” And once visitors go up to the second floor, Boyajian said, “being able to view 42nd Street up in the air and over people’s heads on the sidewalk is an exciting opportunity.”