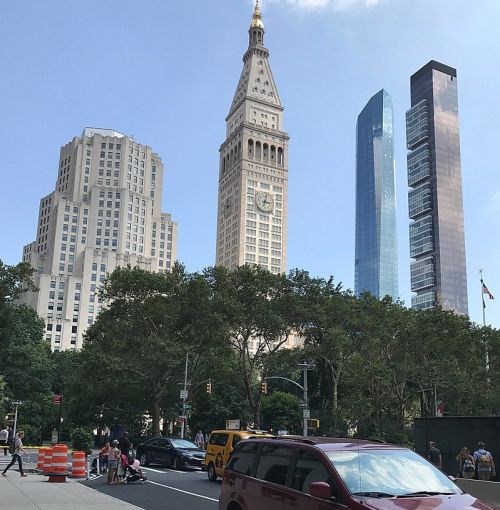 Madison Square Park looking North to where the building will stand in NoMad. Photo: Wikimedia Commons

“We are excited to announce our second preferred equity investment in a major New York City project in less than four months,” Ofer, the chairman of Global Holdings Group, said in prepared remarks. “NoMad has rapidly become one of the most desirable neighborhoods in New York City, and we are delighted to be working with a strong sponsor like the Rockefeller Group on such a world-class property.”

Permits for the 639-foot-tall, 226,350-square-foot building—which will sit between Park and Madison Avenues—were approved in June, as first reported by New York YIMBY. When completed, the property will house123 residences, including three duplexes. Amenities are set to include a pool, a fitness center, a squash room, and bike storage for 70 bicycles.

Global’s investment follows the closing of a $100 million preferred equity investment in Williamsburg trophy office property 25 Kent Avenue in May, as first reported by CO. Rubenstein Partners and Heritage Equity Partners are currently co-developing the eight-story, 500,000-square-foot mixed-use commercial and industrial property, due to come online by the end of this year.

The investor also completed the $415 million acquisition of Washington Harbour—a mixed-use property on the Potomac River in Washington, D.C., in August.  HSBC was the lead arranger in the deal, which also included Landesbank Baden-Württemberg and Bank of New York Mellon in the lender group.