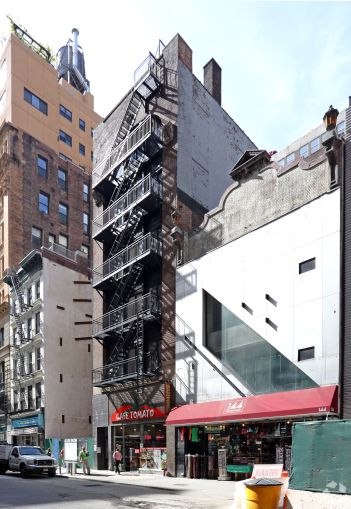 New York City-based Hidrock Properties has secured a $33 million loan secured by a building and an adjacent vacant lot near City Hall Park, according to property records.

The loan, from Israel’s Bank Hapoalim, is backed by the company’s interest in 140-142 Fulton Street between Nassau Street and Broadway. The eastern address, 140 Fulton, is an unimproved lot, while 142 Fulton is a slim six-story building with ground-floor retail. Representatives for Hidrock did not immediately respond to an inquiry about its plans for the properties.

Hidrock bought the properties last week for $19.8 million from ASG Equities, a company controlled by Raymond Gindi, the son of the founder of the Century 21 Department Store chain. Gindi’s family had owned the buildings for decades.

The sole prior tenant at 142 Fulton Street, Café Tomato, has closed within the last 15 months, according to Yelp, leaving the building apparently vacant.

Hidrock, led by its founder, Jack Hidary, controls a portfolio of just over a dozen tri-state area commercial buildings, including hotels and office buildings in Manhattan, Brooklyn residential properties and a hotel in northern New Jersey. The company is working on ground-up construction of new commercial properties at a site near Brooklyn’s Prospect Park and in East Midtown.

Updated: This article has been corrected to reflect the recent sale of the building to Hidrock Properties from ASG Equities.