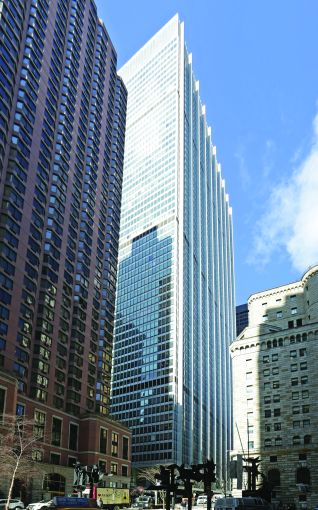 Fosun International, led by Founder and Chairman Guo Guangchang, was one of a handful of major Chinese companies that leapt headfirst into U.S. commercial real estate several years ago, prior to the country’s heavily publicized overseas investment crackdown that began in the first two quarters of 2017.

And while companies such as Anbang Insurance Group and HNA Group have been subject to swift rebuke from Beijing over their aggressive investment practices, Fosun emerged from the smoke of the government crackdown apparently unscathed while even expanding its operations in some areas.

Adams Lee, an international trade lawyer at Seattle-based firm Harris-Bricken told Commercial Observer in March that while China took a heavy-handed response to its more aggressive state-sponsored dealmakers, Chinese firms such as Fosun, Tencent and Alibaba were more measured and so experienced less handcuffing.

“I guess the question is: Is [a crackdown] going to happen to Fosun next? Is it Alibaba on the chopping block, or Tencent? It’s not like those companies haven’t been purchasing assets, but it seems [they] had more of a strategic plan in purchasing, and maybe that’s why they haven’t been targeted,” Lee said. “Some of the others [like HNA and Anbang] seemed to be buying randomly.”

Total Chinese investment in the U.S. dipped to $1.8 billion in the first few months of 2018, a staggering 92 percent year-over-year drop, according to June data from research firm Rhodium Group. In the second quarter, Chinese investors became net sellers of U.S. commercial property for the first time in a decade, reversing over a year’s worth of heavy investment that saw record-breaking purchases and contributed to rising property values.

Chinese investors disposed of $1.29 billion worth of U.S. commercial property in the second quarter of 2018, while acquiring a mere $126 million, according to research from Real Capital Analytics.

While the heyday of Chinese investment in U.S. real estate has seemed to reach a dead end for now, here are five things to know about Fosun, a conglomerate still on the move.

1. There’s action at 28 Liberty Street in New York as the firm looks to decrease its position at its hallmark FiDi skyscraper.

Just last week, it was reported that Fosun was looking for a “strategic” partner to pick up a 49 percent minority stake in its high-profile U.S. holding, 28 Liberty Street in the Financial District.

Fosun helped bolster the initial Chinese investment surge in October 2013 with its $725 million all-cash purchase of the 2.2-million-square-foot tower—then known as One Chase Manhattan Plaza. In November 2017, CO reported that the firm had sealed an $800 million refinance from Deutsche Bank and HSBC. The deal was a heavily competitive and sought-after debt placement on a building that had never once been financed by the debt markets.

At the time of the refinance—a process that began in December 2016, before the Chinese government began its clampdown on foreign real estate investment—Fosun had executed on most of its business plan for the property, having closed roughly 700,000 square feet in new leases from 2016 to 2017.

On Oct. 5, CO reported that the London Stock Exchange had signed a 12-year deal to occupy 75,000 square feet across the 57th and 58th floors of the building.

2. Fosun’s “boots on the ground” strategy at 28 Liberty somewhat insulated it from increased scrutiny from Beijing.

Upon acquiring 28 Liberty in 2013, the company took steps to insert a strong local management presence at the property that spurred confidence in the investment and helped insulate the firm from scrutiny over its financing and its planned repositioning efforts.

“Fosun has really embraced the market, establishing a foothold, and they’d like to do more,” CBRE’s Darcy Stacom, who’s marketing the sale of the minority stake, told CO. “I would say what [Fosun] did [with 28 Liberty] is they quickly established a premier leadership team; they were fast in [that respect]. Other entities, many of them came in and [weren’t as stable in their decision making] or they brought in management teams from offshore.”

After the all-cash acquisition, Fosun tapped its chief representative in the U.S. and vice president of Fosun Property Holdings, Wei Bo, who has over 30 years of experience in commercial real estate, to oversee the asset. “He moved in a few blocks from the building, and he’s smart and knows how headquarters thinks,” Stacom said.

Wei Bo was joined by Managing Director Anna Leung, who spent time in the U.S. at Acadia Realty Trust, and at other firms, before joining Fosun and CFO of Fosun Hive Holdings, Eileen Ying Shen, who previously worked at Fortress Investment Group and Deloitte.

Others included Jim Connors, who joined Fosun in March 2015 and is the former COO of National September 11 Memorial and Museum Foundation as well as the general manager of Empire State Building, where he led the $500 million reposition of the asset; Jason Berkeley, who joined the firm in August 2014 and was previously the executive vice president of development and construction at Stellar Management, where he worked on One Soho Square and the repositioning of 1140 Avenue of the Americas; Tom Costanzo, who joined the conglomerate in June 2015 as a managing director of leasing after spending over 15 years as a senior executive at Vornado Realty Trust.

Former Fosun Managing Director Erik Horvat, who left the firm in December 2017, led the early repositioning efforts at 28 Liberty with Wei Bo and JLL’s Peter Riguardi, according to a source with knowledge of the process. Riguardi and a team of brokers are currently tasked with leasing the property.

The marketing campaign for the minority stake in 28 Liberty officially started on Oct. 12, Stacom said. She declined to provide any initial purchasing interest in the property.

3. Fosun has an impressive NoMad luxury residential project in its pipeline, set to open in 2021.

Fosun partnered with New York-based J.D. Carlisle Development Group in January 2015 to build a proposed $470 million, 66-story luxury residential development at 126 Madison Avenue between East 30th and 31st Streets in NoMad. The site, which has 315,000 square feet of development space, was purchased by the joint venture for $102 million in 2015, property records show.

In May, Fosun and J.D. Carlisle nabbed $350 million in construction financing from Bank of the Ozarks in a deal that was brokered by Eastern Consolidated, as per a report from The Real Deal. The project is expected to comprise 199 units and span roughly 400,000 square feet, with 4,000 square feet of ground-floor retail space. The joint venture finished foundation work on the site in October 2017.

4. The company is looking to the United Kingdom as an attractive playing field for investment outside the U.S.

While President Donald Trump has been unabashedly alienating allies and chipping away at longstanding U.S. trade partnerships, the U.K. and China have focused on establishing what British Prime Minister Theresa May has dubbed “the golden era” of U.K.-China relations.

Fosun, followed by a few other Chinese firms, is and has been an investor on the forefront.

In the summer of 2015, at a time when the Chinese government was championing foreign real estate investment, Fosun formed the joint venture with Resolution to start Resolution Property Investment Management, with plans for the company to manage future Fosun properties in 14 European countries. Resolution was the second asset management shop in which Fosun had invested since it had purchased Japanese company IDERA in May 2014.

5. Fosun’s pullback after the investment freeze was somewhat abbreviated compared with its peers. In fact, Fosun was able to significantly cut its leverage levels while increasing its investment in other sectors.

Fosun’s deal-making wasn’t as assertive as many of its Chinese counterparts. But, it quickly moved to trim excess fat and deleverage after the spotlight began shining from Beijing.

“At the same time… the unused bank line of credit has reached [$23.5 billion]. In the light of the business development of Fosun, and considering the security, stability and capital efficiency, we believe that maintaining a net [debt-to-equity ratio] of around 60 percent is relatively reasonable and healthy,” Can added. “We will seek a good balance between business development and leverage optimization to achieve sustained and steady growth.”

To help get there in the waning months of 2017, Fosun offloaded a property in London and it also sold its 95 percent stake in a Sydney, Australia office for roughly $110 million to a joint venture led by Australia-based Propertylink Group. It was Fosun’s very first real estate investment in Australia.

“I think those firms that [were] identified [as being required to dial back operations have to] aggressively unwind what they did,” a New York-based landlord executive, whose firm is a potential bidder on major Chinese assets that have hit the market, told CO in March, on the condition of anonymity. “They’re all acting with a degree of urgency as they’ve been told that they need to manage through these [assets] quickly… I think Fosun’s purchases were made earlier in the process so they’re in better shape.”

Beijing’s 2017 crackdown was aimed at minimizing risk to the state should there be a downturn; that meant plugging excessive borrowing from Chinese banks. Fosun pivoted its investment focus to contribute to government efforts and the overall health of the Chinese economy.

“[Fosun] has always done two things: First, it has developed at an appropriate pace while reducing debt and improving its financial strength,” Guo wrote in a letter to employees in July 2017, as reported by Chinese media outlets. “I always believe that we are ‘going out’ so we can return better and we are consolidating our global resources so we can better develop in China.”

The firm’s carefulness and willingness to align with government expectations gave it more room to be strategically aggressive. On the same day in February 2018 that the Chinese government seized control of Anbang Insurance Group, Fosun bought a controlling stake in France’s oldest luxury fashion brand, Lanvin.

“We are looking carefully at [doing deals] in the health care, education, fashion and tourism sectors,” Guangchang told the Financial Times in a February interview.

In the March meeting at the Hong Kong Four Seasons Hotel, Fosun executive director, Gong Ping, said, “In Fosun’s overall ecosystem, real estate serves as a cornerstone that provides underlying assets, and investment in overseas real estate is one of our fundamental operations as well.”