Capital in the Capital: DC Owners Dish About Their Lending Needs 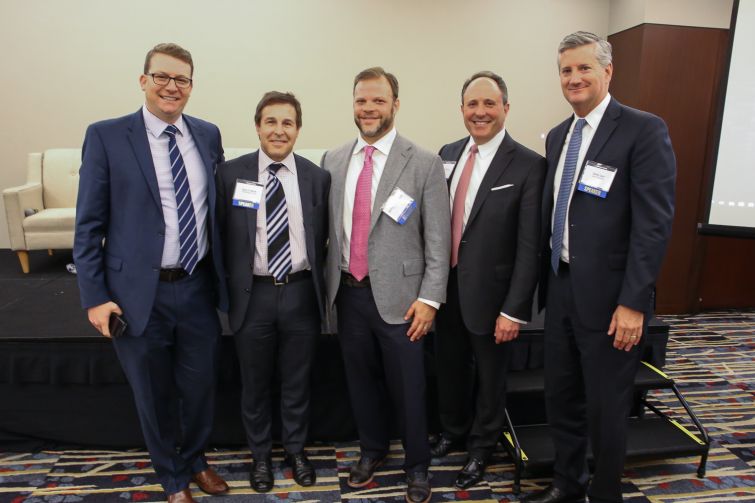 Starting with a general market overview, in terms of supply and demand, Carr described the D.C. office market as “lukewarm.”

“Demand has been okay. If we look at absorption, it’s been pretty flat over the past seven years,” he said, adding that D.C. is certainly attracting its fair share of lenders and investors. “Our strategy is to look at unique areas and opportunities so we’re not competing with the wider market.”

“Everything starts with job growth,” Block said “And that continues to be strong in D.C, with the large majority [of workers employed] in office-using jobs. Net absorption is flat, but I look at it as [a division of] the winners and losers, the have and have-nots,” with some areas in particular seeing strong, positive net absorption.

One of those “haves” is Northern Virginia, an area in which JBD controls several developments. Crystal City is reportedly a front-runner to land Amazon’s second massive headquarters, and Jeff Bezos was rumored to be eyeing an acquisition of JBG earlier this year.

Panelists repeatedly voiced their support of the Seattle e-commerce giant’s setting up shop in their area.“It would be fantastic for Amazon to land here,” Carr said.

Chevy Chase, Md.-based JBG has been a publicly-traded REIT for 15 months now. Gould, who has been with the company for eight years, said that—expectedly—its investment strategy has since altered. For the first seven years he was investing under a private equity model, but now that JBG is public the company is no longer a high-leverage borrower. “I have more tools in my belt, and can refinance in the secured or unsecured markets,” he said. “I prefer the secured, but it’s in our DNA to borrow.”

Family offices are Post Brothers’ primary investor base, and it invests in urban or quasi-urban areas with clear demand for Class-A rental buildings, but usually off the beaten path.

“We wouldn’t choose to develop in a geographic submarket where there’s too much supply,” Pestronk said. “We’re looking to build projects that can’t be replicated, and in high-barrier-to-entry submarkets.”

Pestronk described Post as an opportunistic developer, with off-market transactions being the norm. “We’ve never participated in a competitive bid,” he said. As such, the developer needs financing that allows it to “be nimble and react,” and needs lenders to have an “entrepreneurial mindset,” he said.

Block said The Meridian Group is a “relationship borrower,” with certainty of execution and closing being key requirements. But CMBS isn’t a great fit.

Echoing sentiments on a previous panel, the owners stressed the problems with CMBS loan servicing. “We don’t like CMBS. Projects are typically complicated and you need someone home [if there’s a problem],” Block said. “With CMBS, nobody is home.”

Gould and Carr both said they look at the borrower-lender partnership as a symbiotic relationship, and while balance-sheet lenders continue to cater to developers’ needs, CMBS servicing still presents problems. Gould joked that when a borrower calls for assistance with a CMBS loan, the response is often: “How did you get this number?”