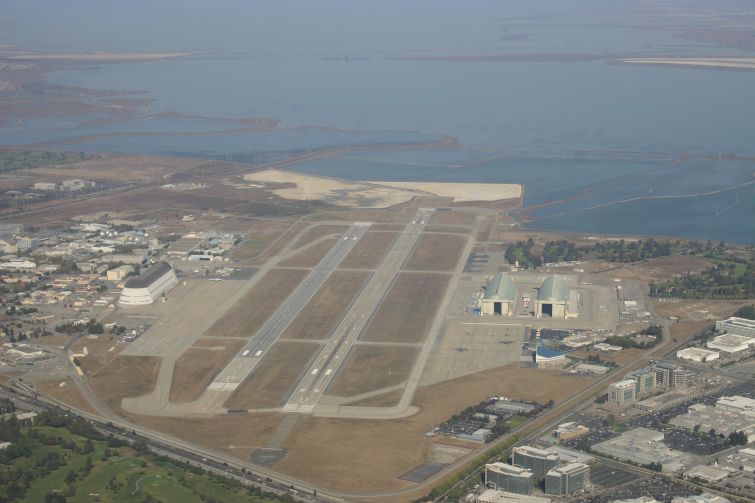 Deutsche Bank has led a $500 million CMBS refinancing on a portion of a giant office complex in Silicon Valley that recently signed Amazon as its exclusive tenant, according to rating agencies that analyzed the deal.

As per S&P Global Ratings, the debt deal consists of $80 million of senior financing that will be securitized into the bank’s forthcoming DBGS 2018-C1 CMBS transaction the German bank is issuing along with Goldman Sachs, as well as an additional $204 million in senior loans not part of the CMBS deal. The capital stack for the financing also consists of $216 million in mezzanine financing, although a spokesman for the bank declined to say whether any of that junior debt had been chipped in from another lender.

The securitized portion of the debt on the property, Moffett Towers in Sunnyvale, Calif., comes with a fixed interest rate of 4.13 percent over its ten-year term. The borrower, San Francisco-based Jay Paul Company, won’t owe principal payments until the loan comes due in 2028. On a property appraisal of $646.7 million, the mezzanine portion of the financing rises to a loan-to-value ratio of 77.3 percent, while the senior debt portion tops out at 43.9 percent.

Jay Paul is using the proceeds to pay off outstanding debt, fund $15 million in free rent it promised Amazon, and cash $131 million out of the property, according to Fitch Ratings.

Set on a landscaped campus, the office towers stand along the south shore of the San Francisco Bay adjacent to Moffett Field, a former naval air station that hosts NASA‘s Ames Research Center. Jay Paul has leased the trio of the project’s six buildings collateralizing the Deutsche Bank loan to Amazon since late last year, and the internet commerce giant also maintains a presence in buildings on the campus that are not part of the Deutsche Bank loan, according to The San Jose Mercury News. (Some staff for Hewlett Packard, the prior tenant of one of the office buildings on the campus, have lingered in one of the buildings but the company pledges to move out fully by March 2019.)

Income and expenses have held steady at the complex for the last three years, Fitch data show, yielding Jay Paul net cash flows around $25 million per year. A nearby building also owned by the company, Moffett Towers II, is collateral for another, much smaller mortgage wrapped into the same CMBS deal.

As technology heavyweights like Google, Amazon, Yahoo and Facebook have reached maturity, they’ve shown a shared attraction to bayside real estate north of Silicon Valley’s Highway 101, the freeway that separates the marshy shores of the San Francisco Bay from well-heeled suburban burgs like Palo Alto and Los Altos. Amazon’s Moffett Towers digs are just blocks from Yahoo’s corporate headquarters, which also abut San Francisco Bay near its southern extremity. Google, which also leases part of Moffett Field, maintains headquarters for its parent company, Alphabet, in Mountain View, Calif. on the far side of the military airport, while Facebook has set up shop on a campus five miles north in Menlo Park.

After announcing more than a year ago that the Seattle-based company would launch a nationwide search for a second headquarters, Amazon has been mum on narrowing the field since it listed 20 finalists in January. Cities still in the running inclue New York City, Boston, Denver and Miami.

Representatives for Jay Paul, which is led by its founder Joseph Paul, did not respond to inquiries.